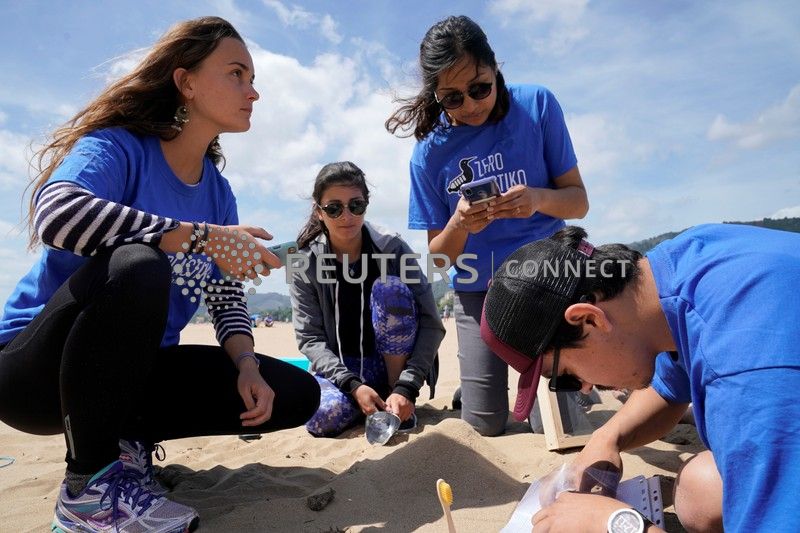 Volunteers take part in the Zero Plastiko Urdaibai ocean and coastal cleanup on Laida beach near Bermeo, Spain June 8, 2019. 2500 volunteers and 300 divers helped clean up the stretch of Basque coastline, according to organizers, as part of World Oceans Day. REUTERS/Vincent West

BERMEO, Spain (Reuters) – Thousands of volunteers plucked plastic and other waste products from the rocks and beaches along Spain’s Basque coast on Saturday, while divers took to the sea to clear garbage from the water as part of World Oceans Day.

Divers retrieved rusted scrap metal, a shopping trolley and a discarded bicycle from the waves alongside plastic waste. Volunteers dressed in blue T-shirts sifted through fine sand to remove fragments of plastic as well as collected larger items like bottles.

The Urdaibai estuary, on the Bay of Biscay coast in northern Spain, is one of the most important wetlands in the Iberian Peninsula and a habitat for many migratory birds. It has had UNESCO protected status since 1984.