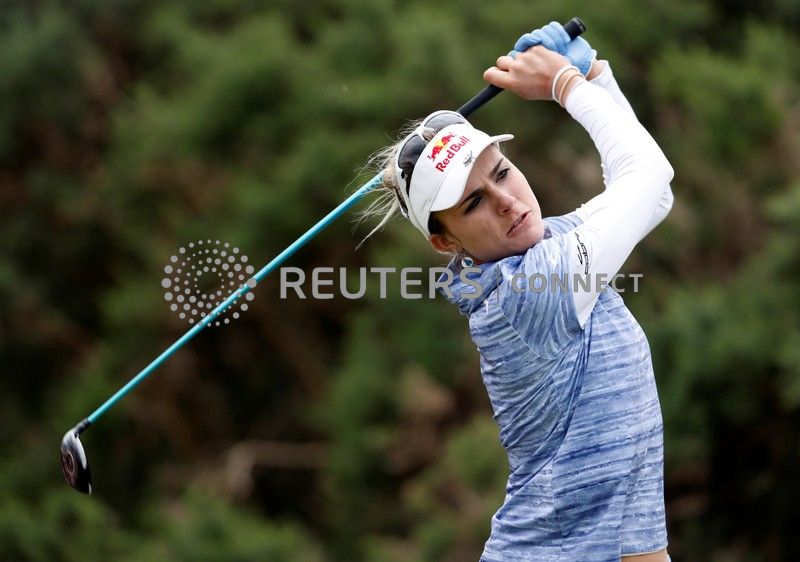 (Reuters) – World number three Lexi Thompson has apologised to her fellow competitors after a caddie carrying 38 LPGA players’ bags from France to the Woburn Golf Club for the Women’s British Open was delayed because she had left her passport in her golf bag.

The caddie, Ian Wright, was forced to stop en route and wait until Thompson’s own caddie met up with him to retrieve the misplaced passport.

Wright, who was carrying the clubs of nearly a quarter of the field, missed the ferry as a result of the three-hour delay and the players were unable to practise on Monday because he arrived only after the course was closed.

“I can’t apologise enough,” Thompson told reporters on Wednesday. “I didn’t realise I was going to cause so much delay with the bags for other players.

“I was freaking out. My first reaction was hopefully to stop him and get my passport so I could get to the Women’s British Open. I do apologise, I would be upset too if I was the other players.

“He (Wright) didn’t tell us that he could possibly miss the ferry, or anything like that. I haven’t talked to many players about it, they haven’t come up to me. I can kind of feel it but I didn’t mean anything by it.”

The opening round of the British Open begins on Thursday.