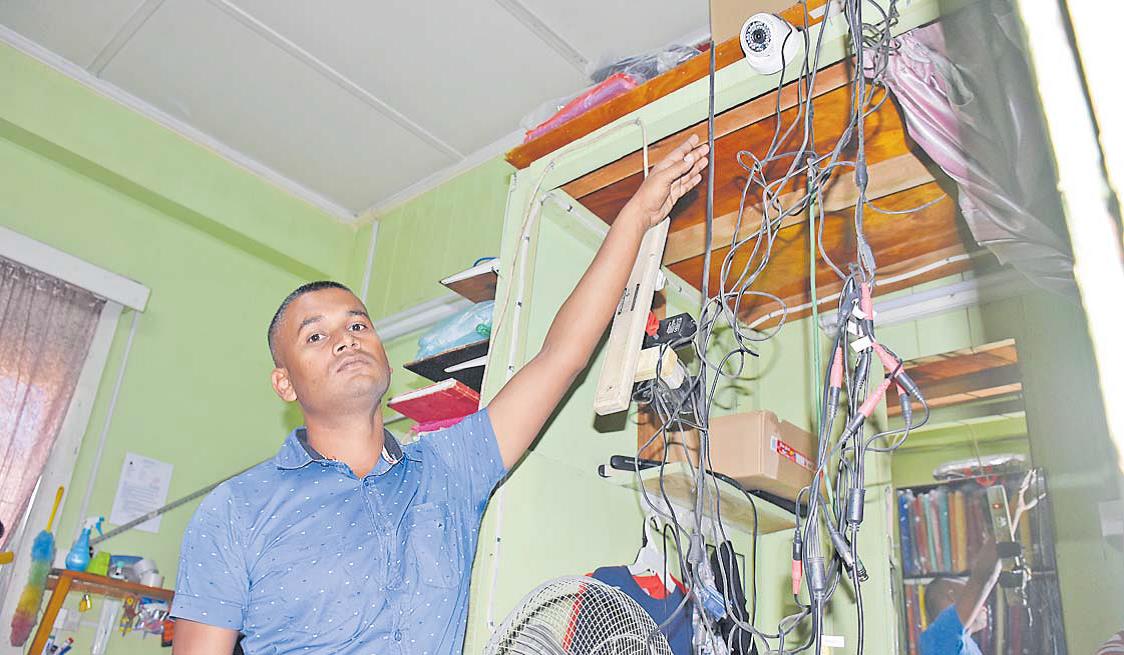 Anoop Ashwin Chandra shows the damage done to the CCTV camera recording section by thieves at a building in Lautoka. Picture: REINAL CHAND

Thieves feasted on chocolates and removed a closed-circuit television (CCTV) camera encoder, cash and other assorted items from a building in Lautoka’s central business district on Monday night.

The theft of items from four shops located in the building comes two months after robbers broke into Soma’s Cake Shop where they also removed the CCTV camera encoder.

The cake shop is located next to the building targeted on Monday night.

“I went to check on the CCTV camera encoder and found that they had removed it as well.

“They also took some cash and some items from these shops.”

He added the same building was also broken into two years ago and police were provided with CCTV footage, however, the culprits were not apprehended.