There is no choice but to spend more on defence, Trump tells NATO allies 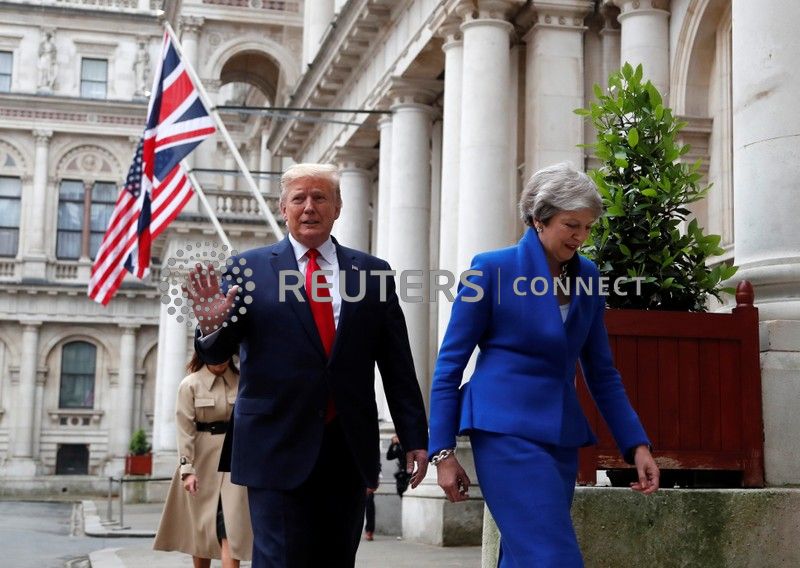 Britain's Prime Minister Theresa May and U.S. President Donald Trump walk through the Quadrangle of the Foreign Office for a joint news conference in central London, Britain June 4, 2019. Frank Augstein/Pool via REUTERS

LONDON (Reuters) – U.S. President Donald Trump said NATO allies had no choice but to increase their military spending, repeating his demand that all those in the alliance meet the target of spending 2% of GDP a year on defence.

“The prime minister and I agree that our NATO allies must increase their defence spending – we’ve both been working very hard to that end,” Trump told reporters on Tuesday after a meeting with Britain’s Theresa May in London.

He added: “We expect a growing number of nations to meet the minimum 2% of GDP requirement. To address today’s challenges, all members of the alliance must fulfill their obligations. They have no choice.”