The ugly and the sweet 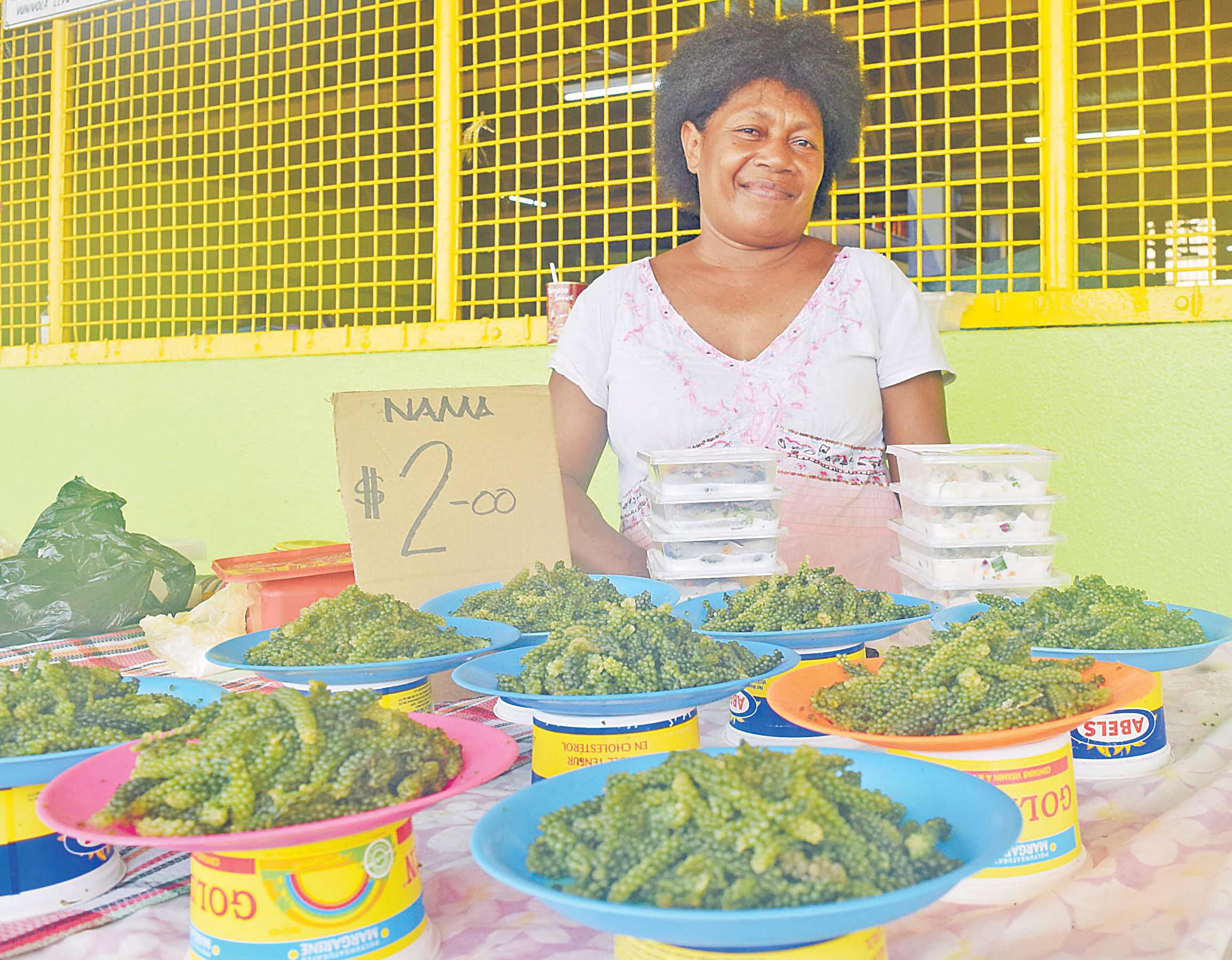 SEA hare or veata, which is the name locals call it, can be the most repulsive looking marine creatures found on low seaweed beds.

It is a mollusc, can weigh up to 500 grams and is one fisheries resource harvested by women for household consumption and for sale to supplement household income.

The seafood buff should know that veata is a fast seller at municipal seafood markets at weekends when women from coastal villages flock to urban centres to trade.

It is also very hard to find.

The veata’s colour varies, but most come in shades of green and brown, making it extremely well camouflaged in its natural habitat.

Very often, it is described by islanders as an animal that looks similar to the raspy skin of a cane toad.

Yuck! However, on the island of Koro in the Lomaiviti Group, the sea hare has inspired a version of the popular toothsome dessert called vakalolo or qalu.

Traditionally, preparing vakalolo was often associated with special occasions such as a child’s rite of passage – a baby’s first crawl, walk, turn, tooth, all of which demonstrated the iTaukei’s fascination with a newborn’s development during times of old.

Nowadays, to see it being prepared at the hands of traditional vakalolo makers is a rarity.

“Veata the seafood, is a delicacy than can be eaten raw or cooked in lolo,” said Suva Municipal Market vendor, Leba Maria.

“When growing up as a little girl in Drekeniwai, Cakaudrove, veata was something we ate a lot because they were found in abundance on reef flats, in low tide pools. In towns and cities, we buy them for $5 a heap.”

Leba started selling seafood at the market eight years ago when her daughters started their secondary education.

“I do this because I need to send my two daughters to school. I went only as far as Class Eight because both my parents died when I was very young. I want my daughters to find good jobs so they can look after my husband and I when we grow old.”

Viniana Diseru of Vatulele Village, Koro Island is one person who has continued the tradition of preparing veata the dessert.

She was taught the art by one of her uncles, who was known in the village as a veata specialist.

“Veata is not something you’ll prepare and eat every day. It is eaten only on very special occasions,” Viniana said.

“It involves a lot of work and some people specialise in it. This dessert was something one of my uncles was well known for. Our family has continued with the tradition and since today is a special day (Bucabuca Day) we decided to have a go at it.”

To prepare veata, cassava is first peeled and grated using large hand-held tin graters before all water in it is squeezed out.

“You don’t want something soggy so you have to remove the watery part of the cassava,” she said.

On a separate pot, dalo leaves are boiled till soft and squeezed out to remove excess water.

The grated cassava and dalo leaves are then mixed thoroughly to form a greenish texture, made into into huge balls, wrapped in plastic or leaves and placed in a huge pot of boiling water to cook.

When cooked, the balls of boiled cassava and dalo are removed from the pot and beaten until a chewy texture is formed.

“The difficult part is preparing the syrup, which takes time and careful observation. One slight oversight and you’ll burn your lolo, which can make the veata taste bitter,” Viniana said.

A lot of coconuts are scraped and squeezed to produce thick and creamy lolo.

For Viniana’s prep, a sack of coconuts was needed.

To prepare the syrup, first sugar is slowly melted in a pot and coconut milk is added.

The coffee-brown mixture is continuously stirred until it forms a thick sticky syrup, cooled before mixed with small balls of beaten cassava and taro leaves called mavu.

The syrup is often referred to as lolo buta (cooked lolo) but vakalolo can also use uncooked lolo called lolo droka or it could be in a semi moist
form with coconut grains, called sivaro maca.

“This dessert is called by different names. We call it veata because the mavu looks like the greenish veata women get from the reef,” Viniana said.

In some places in Fiji, veata is termed uro ni vonu, which is a species of dalo.

Veata from the sea is often found in groups. This clumped distribution may be related to the species’ breeding habits.

It is largely nocturnal which means they are active during the day, individuals lie buried in the sand with their siphons exposed.

This makes it is very difficult to find them during the day but from late afternoon to early morning, especially during very low tide, they are observed
to feed, mate, spawn or move about.

The egg masses called senikavere are produced during spawning and usually found near the sea hare.

Senikavere (which looks like noodles), the organs of the veata known as silasila and the upper side, are normally sold at the Suva market for $5 per heap.

The underside of the sea hare is discarded during gleaning.

“Veata is a delicacy and is hard to spot at the seafood market. But when you do spot a heap, you know straight away that a lot of work was put into
getting one single plate on the counter,” Leba said.

“Veata is a special dessert that’s only eaten occasionally. There’s nothing like it. You just have to savour every moment you eat it because a lot of
people took part in its preparation and it involved a lot of work,” Viniana added.