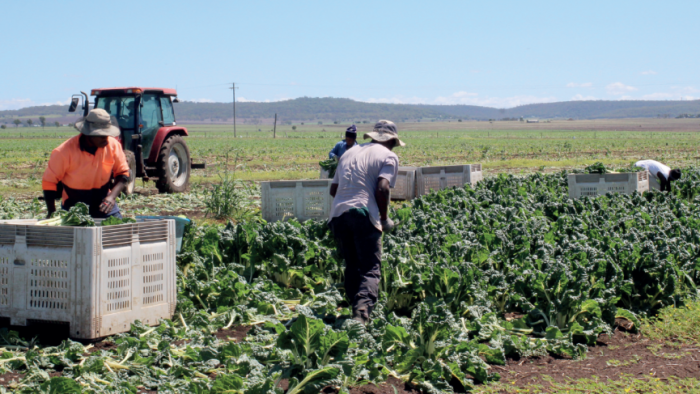 Earlier this year, there was a quick and sharp spurt of “development” disbursements by Government – water sealed toilets, compost bins, fibreglass punts and engines, Australian job opportunities, small nursery packages and so on.

Now the nation is probably cautiously awaiting the new budget to be handed down on July 15, which will take us to July 2023. It is either that Fiji is a very special country that needs two budgets spilled over two different financial years (again), or someone in charge cannot add, subtract, or make proper forecasts with solid risk planning. You can decide which.

The second “Supplementary Budget” for the 2021-2022 financial year was tabled and passed in March 2022 this year.

It was done with much fanfare, creatively gliding around the Financial Management Act by being called a “mini budget” so the Government would not have to explain in Parliament how it deviated from its “fiscal strategy” tabled on July 30, 2021.

The last time we had two budgets tabled Parliament in the same year, but spilling over two financial years was in 2020 when we had the COVID-19 response budget. Is the obfuscation and confusion about dates and financial years intentional?

Hopefully, this time around the full and proper line-by-line, and head-by-head Committee of Supply process, as per the Standing Orders is not truncated or fast-tracked.

The Committee of Supply process in its entirety is critical to any budget process in Parliament because it allows taxpayers (who will be heading to the polls soon), to understand where the Government’s spending priorities of their hard-earned taxes are.

It’s their money after all. Taxpayers should know if their immediate needs will be met, or not. It is a basic courtesy under the social contract. The Government must rely on the consent of the governed.

Taxpayers grant the Government their consent to lead when they vote during elections. In return for granting voters’ consent, there is an unwritten understanding that the Government will protect and serve them. So in an election year, the electorate deserves nothing less than a full and transparent budget process. We will all await, with bated breath (and eyes firmly on our watches), to see whether the budget address on Friday, July 15 is at a godly hour, and we are not disrespected as per usual, after waiting for an hour or so. Will the tide finally change in an election budget year, where the Minister for Economy finally realises who his bosses are, and who he should not keep waiting? Time is money, as they say. If one cannot manage time, the same indiscipline in managing money, is bound to follow.

True to form, and as with all previous budget productions, this week the Government advertised in the Fiji Sun seeking input into its 2022-2023 Budget. The ad blazed a title headlining what looks like the beginning of its budget thematics: “Let’s Keep Making Our Recovery Count”.

The ad headline forged on with gusto, blasting a sub-theme that the economy is heading “for double-digit growth”.

The first paragraph of the body of the ad, qualifies that this “double-digit growth” in 2022, is also going to be “record breaking”.

So would that be like a “Boom 2.0” budget, or something more fantastical? Then, hey presto! Come Thursday, June 16, 2022, the FBC opens up the morning with news from the ANZ bank under a headline titled “Growth despite inflation: ANZ”.

In that FBC news piece, Rabih Yazbek, ANZ Fiji Country Head, is quoted saying he believes Fiji is still likely to enjoy double-digit growth this year, and a stronger outlook next year, despite rising inflation prices.

Then, the FBC news story once again quotes Mr Yazbek, as follows: “Businesses and consumers, he argues, must continue to prepare for difficult times ahead.”

Just like in the movies. It is beyond amazing how words, ideas and themes coalesce, within a matter of days.

But, the Government advertisement presses on. It calls upon all Fijians “to send their ideas and input in support of a bold and wide-reaching recovery” by June 30, 2022. Woah! Amazing!

There we have it, folks. It’s already being pegged as “water (or lack thereof) into wine” – next level, boldness, for us all.

And finally, the ad invites all Fijians to have their say, “including civil society and non-governmental organisations, women, youth, senior citizens, those living with disabilities, other grassroots organisations and representatives from the private sector.”

Keep this list at the back of your mind.

Of course we should expect the week of budget debate to be full of shenanigans from the Government side.

We should expect the same lame putdowns, table-thumping, theatrics, savage innuendos and high drama, as they attempt to drown out the Opposition side from having their say, and asking the pertinent questions.

We can expect the usual suspects from the Government side to have special scripts drafted for them laden with toxic, fast-talking, and petty ugliness. Only the favoured ones will be given the liberty to swan and strut as dignifi ed statesmen/women, who rise above the fray.

We can pretty much expect the expected, because we’ve seen this re-run many times before. The plot is now predictable and boring.

We can expect a straight lift-out from the modus operandi of the 2018 elections.

After the budget is passed, in no time we should expect the first instalment of “budget roadshows” where the list of priority groups featured in the budget advertisement will be called and prevailed upon, so that they “understand” how the Government “listened” to their concerns. Even if the Government didn’t actually do so, in as far as the budget numbers show.

If we cast our minds back to the 2018 “budget roadshow” scenarios, these are the same kinds of events where we first heard about “sexy buses”, and idealism like a “flyover bridge probably from the Australian High Commission all the way going up to Waimanu road so that people from Edinburgh drive can go underneath traffic.” Indeed. Expect more of that too.

The pièce de résistance of the “budget show” will of course be all government ministers swarming the field and bearing gifts.

Only the special ones will have video segments of their events posted to the high traffic numbers (real or imagined), on the offi cial Government Facebook page.

Water tanks, household solar kits, broadband for the whole of Tailevu North, lucrative cash grants or loans for small businesses (especially for women), etc – this will all form part of the smorgasboard of gifts, that the electorate ultimately paid for, with their own taxes.

But will it quieten and subdue the continuous rumbling and gnawing of stomachs that cannot eat well and healthily, three times a day?

Will it bring healing and restoration where urgent healthcare and costly medication is needed?

The ministers will likely be in steeplechase marathon mode to make sure they do as much as their working day can handle, for the necessary “grip and grins” and selfies, all calculated to beam out pre-planned optical illusions.

Salusalu, speeches, kava, tea, overtime for drivers, operational staff and police – all of these will be in overdrive, and are hidden costs that will be borne by someone.

On a nominated day, once the ruling party’s candidates are announced, that is when they will be campaigning, and then using private vehicles. It is likely that a fleet of vehicles will all be leased for their candidates.

This is when we can expect them to have their party rallies, where they will all extol one man.

That is also the time where the ruling party candidates may be instructed to promote only their party leader’s number, when they’re out and about campaigning.

What will become clearer though, is that no matter whatever is said and given by the Government, the electorate knows they are fully entitled to take what’s on offer.

The electorate also knows they are under no obligation whatsoever to feel that they must pay it back, by voting for them.

The tuiboto, conga line, ek shanku rekha dance moves, will of course slow down to a halt as we head to the polls.

But everybody is more than certain, that this is likely to be their last dance before the curtain falls, no matter what this budget brings.