‘The smell of the ink, the roar of the press’ 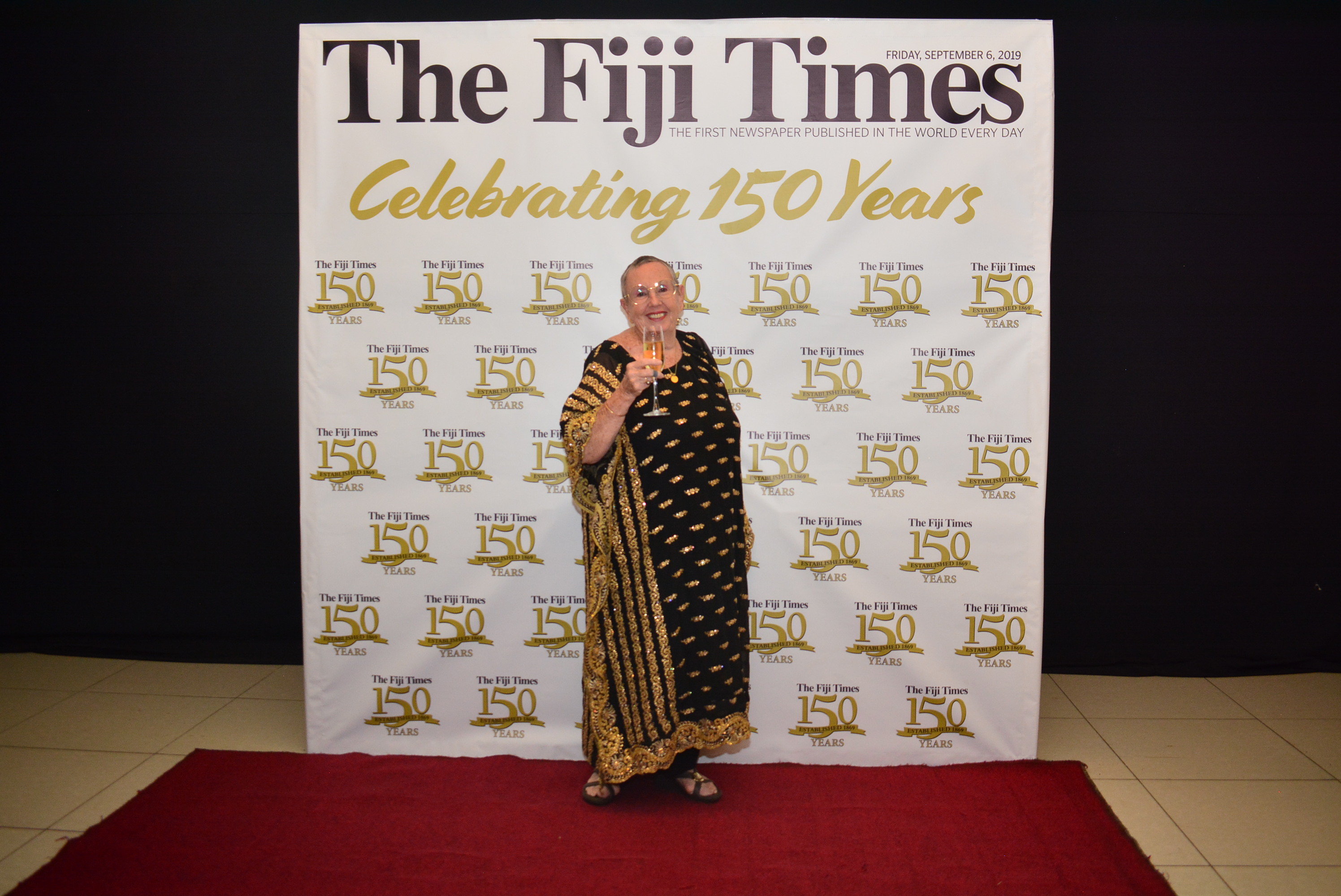 Dressed in my best black and gold bling, I too rocked up to The Fiji Times 150th anniversary bash.

After all, I’ve hung around the hallowed halls of the newspaper in some capacity or other since the 100th anniversary back in 1969.

While not always in print, I kept up the connection and have had immense pleasure in writing these columns for the past umpty years.

Walking through the corridor of tiny twinkling lights and newspaper page reproductions I was moved to see a picture of the late Robert Keith Reid, considered Fiji’s best journalist until his untimely passing.

He was a cynical soul but rarely, if ever, wrong in his facts or assessments of people and situations, particularly our wayward politics.

Matt Wilson and Emelita Wendt too were missing – stuck at home in Nadi because of ill health.

Matt was running the newsroom when I first joined The Fiji Times and taught me much.

Em was a reporter who provided a gentle balance to the hard-bitten journo character the rest of us adopted.

She was disconcerted by the rampant swearing, occasional drunkenness and once, the hurling of a typewriter.

She must have had an influence, we are much nicer now.

Matt has had a limp all his life following a childhood accident and was cross when an immobilising bout of sciatica struck his other leg a few days before the anniversary dinner.

I recalled the time he and Robert Keith Reid (commonly known as Kried or Mr X) were walking back to the newsroom after a session at the Defence Club.

Both were viewed with some suspicion by the pollies and the powerful who also drank there, because of their vigorous reporting.

“At least we know now what those guys at the bar think of us. They said one of us was a cripple and the other an idiot.”

Robert went on to publish Islands Business in its heyday.

Matt set up a successful public relations company and was a founder, long-time director and served as Chair of Communications Fiji, the popular regional broadcaster. Matt and Em worked together and ultimately married.

There were many other faces in the party room that I recognised, even though most of them move in loftier social circles than I.

The first person I saw was a long-term friend who had suffered through many term meetings of the local school parents and teachers association with me.

With multiple daughters attending the same school over a span of years, I reckon we must have done at least 20 years of P&T service.

The first thing she said at the anniversary was “do you know where our daughters are?”

Which, as usual, I didn’t. They are big people now, sometimes I’d prefer not to know they’ve done something like booked flights to Hong Kong.

“They’re in a pub,” she said. Nothing unusual there. “In Auckland.” Ah. They were supposed to be in Australia.

“We’ll show them,” she said, and we took our re-filled champagne glasses off to be photographed in front of the FT 150th anniversary banner.

I spent a bubbly evening doubtless boring my dining companions, recalling newsroom war stories and my glory days, repeating scurrilous snippets about past politicians and personalities.

As a woman journo, I fancied we were a tough bunch, used to dodging bottom-pinchers, bosom brushers and tipsy Parliamentarians, rebuffing suggestive questions and uncouth comments and making short work of taxi drivers who proposed marriage or similar between the office and home.

Not the sort of behaviour young professionals have to put up with these days, I thought.

I was so saddened recently when news articles told a different story, that this sort of behaviour is apparently still rampant and possibly going uncensured.