The pursuit of youthful expressions 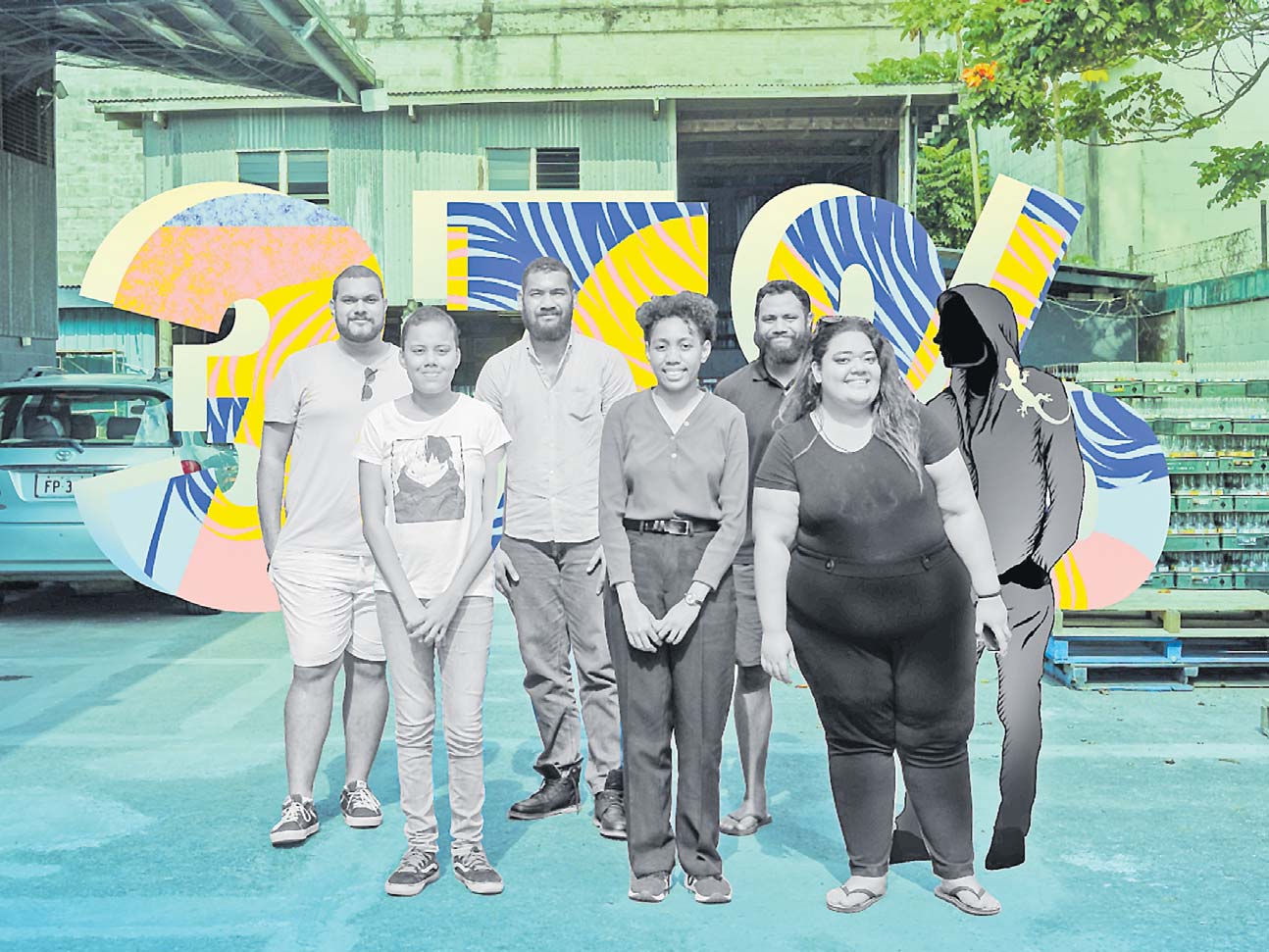 Though culture may be deeply important to the Pacific people, creating contemporary exhibitions and with the title ‘37%’ creates a sort of freedom for artists to experiment.

The first of a series of youthled and youth-focused exhibition, in partnership with the Centre for the arts Suva (CAS), the 37% exhibition looks into Fiji’s new creatives.

“The creative director/ co-founder of CAS Peter Sipeli reached out to me, with the idea of a collaboration with CreateViti, which is how I got involved,” she said.

“It is my first time curating and growing up around the art ecosphere, I had been a part of creative teams but this is the first time I got to co-curate.

“The logistics side of creation isn’t something often shared, so this was a great experience.”

The exhibition has been in the works for around two to three months and Regina was told exhibitions were often ‘too serious’ affairs requiring deep concepts, discussions, planning and time.

“There was a need to bring more joy, fun and urgency in exhibition-making and I think that is so true, an exhibition can roughly take six to 12 months and sometimes longer to curate.

“For 37%, we aimed for a shorter time to create urgency, we have artists now, we have youths now, that want to participate but don’t have an avenue.”

“Fiji, and the Pacific as a whole, lack funding in the informal sector, art in general is not seen as a viable, lucrative or accessible option.

“We don’t have formalised training, certificate level workshops or even a basic art academy, so how are we going to sensitize and create spaces for the art scene to grow, if the artists cannot put in the time.”

Regina highlighted that the aim of the exhibition was to engage artists of all ages in nurturing their voices and to ‘pursue greater creative endeavours’.

The exhibition explored six young artists where each individual were handselected and fell within the basic age range of 15 to 35.

“Each of these artists have a unique sense of self that is expressed in their work.”

One of the visual artists, Mele Nabola had submitted three artworks for the exhibition, titled ‘Soul’, ‘Crashing’ and ‘Her Wonder.’ “As a young artist I want to live, experience and experiment life with my art,” Nabola said.

“Apart from traditional artworks, I wanted to explore more and paint art that is representative of me, now!

“I will not be 23 years old forever, so for the exhibition I decided to submit artwork reflective of how I view life right now as a young artist and as a youth living in the Pacific.”

Nabola said her artwork was not limited to traditional art. She showcased how the digital art sphere could be used in an era of technological advancement.

“Each artwork I submitted took me two whole days to complete and I used the traditional method of the classic paint brush-to-canvas combination.

“I use oil based paint to paint instead of acrylics due to its bright colour and smoother texture, 95 per cent of the artworks I make are painted using oil based paint.”

Nabola said her first piece showed two koi fish and the idea came from the movie Avatar: The Last Airbender.

“It was a scene where the water tribe princess had to sacrifice her life for one of the koi fish in order to restore balance.

“It made me interested in souls and what they contain as koi fish are used to represent yin and yang energy.

“I wanted to use the koi fish to represent how in each of our souls, we have light and dark energy.”

Nabola’s second piece was inspired by the crashing of waves on the shoreline.

“As a 23-year-old I have strong feelings and intense emotions which affect my mood. Emotions can be unpredictable and along the way I have learned how to control and express them better.

“Her Wonder was an art piece inspired by my adoration for women. I once read online that a woman is both soft and powerful.

“Every artwork was once just a thought, once just an imagination. Artists envision the art piece in their mind and there’s a lot of patience and discipline involved in bringing an art piece to life.”