The others are faster than us, says Ferrari F1 boss 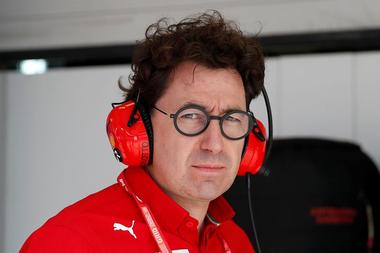 BARCELONA (Reuters) – Ferrari Formula One boss Mattia Binotto said on Friday he was less optimistic about his team’s pace than he had been in testing last year and rivals were faster than them.

Champions Mercedes have been impressively quick in the first week of testing at Barcelona’s Circuit de Catalunya while Ferrari, their closest rivals last year, stood out on Friday for an engine problem that halted Sebastian Vettel.

On Wednesday, the first day all of the 2020 cars were out on track together, Ferrari’s Charles Leclerc managed only the 11th fastest time.

Vettel was sixth and Leclerc eighth on the Thursday timesheets.

Leclerc said afterwards that Ferrari were taking a different approach after last year setting the pace on the test track but then having their hopes dashed in the opening races.

“The others are faster than us at the moment, I believe,” Binotto told reporters on Friday.

“How much faster I think it’s really difficult to judge. We will go through all the data in the next days, but I don’t think we are as fast as them at the moment.”

He was speaking after Mercedes’ Valtteri Bottas had lapped three tenths off his pole position time from last year’s Spanish Grand Prix, which remains an all-time track record.