The man who never gave up on life 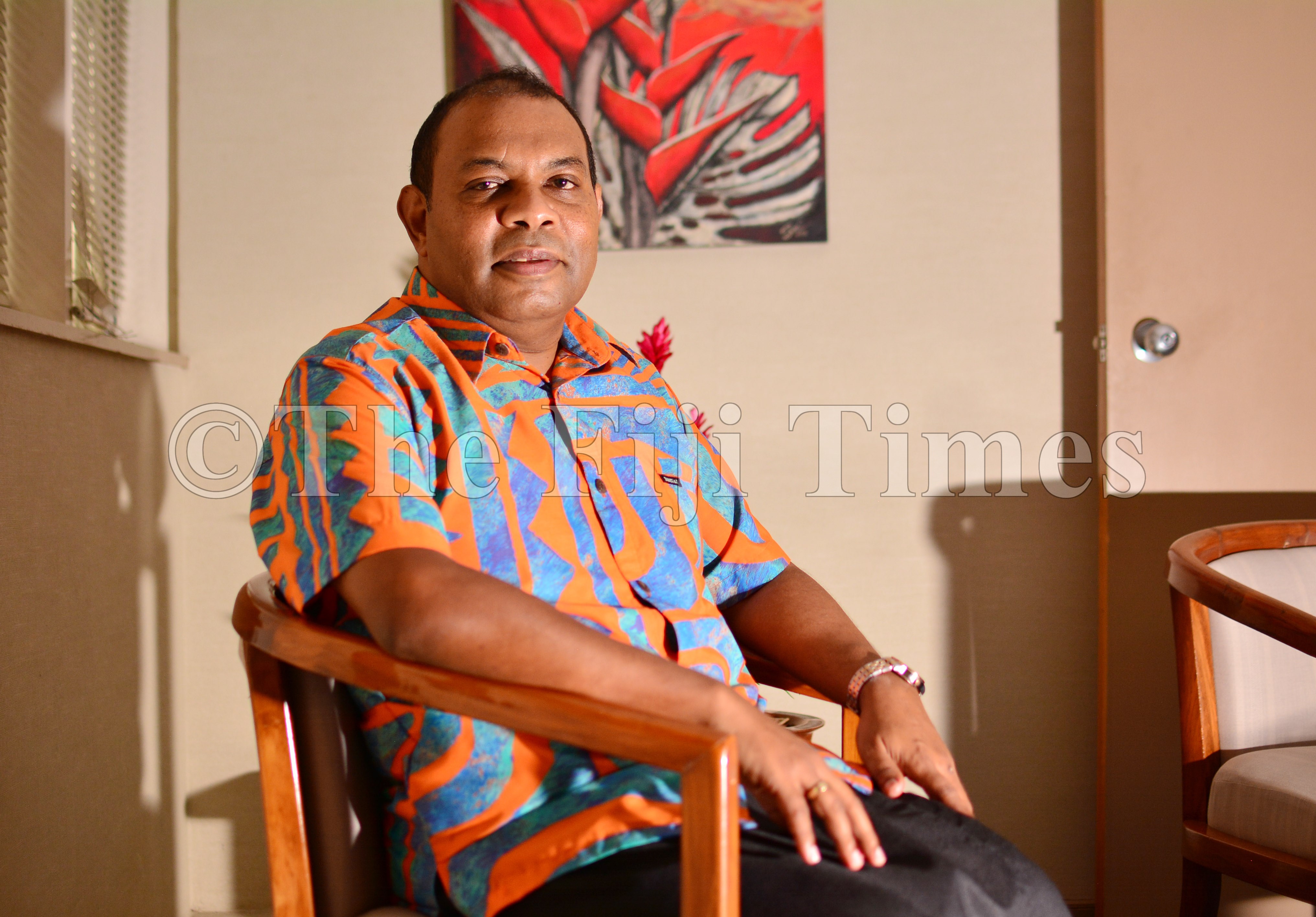 AS the country ushers in the year 2020, business and finance guru Mesake Nawari Seavula reflected on the end of 2019 as the birth of new beginnings.

Raised by his maternal grandparents, he never knew the identity of his father until Christmas Day 2018.

But it was not until last week Friday, in an emotion-filled ceremony, that the 49-year-old was presented to his new found siblings and extended family members at Yavusania Village, Nadi.

“It’s hard to express in words what I was feeling when I was told that my father, Sikeli Veve, lived not far from where I grew up in Yavusania,” he shared.

However, Mr Seavula said discovering his father’s identity was bittersweet.

“He passed away in 2010 and before his passing he had told my siblings about me, so they knew and they had tried to contact me but because of my work I was always on the move.

“They were also holding back because of the position I held in the finance and business world and thought that I would take their interest in me as them trying to benefit from our relationship.

“And I can understand why they would think that.”

Mr Seavula said his father’s identity was revealed by a woman named Makareta Volavola or Bubu Ma as he called her.

Originally from Cicia, Lau, Bubu Ma had lived most her life in Yavusania and was a very close friend of the family.

“After my grandmother died, Bubu Ma looked after me.

“She brought me to the University of the South Pacific for Foundation studies and that kick-started my journey into academia.

“I owe a lot to her and while visiting her on Christmas Day 2018, she asked if I knew who my father was.

“I said I had been led to believe that I was the child of an Indo-Fijian man.

“She pointed to the next village and said my father was from there and showed me his home.

“I did not know what to say or how to react because not a single person in the family or village ever told me as I was growing up that I had gone to school with my real siblings, or that my father was just a stone’s throw away.”

And last Friday, his brother presented Mr Seavula to the elders of Yavusania in the traditional iTaukei ceremony called boka.

She never got to see the reunification process.

“I am glad that I put off a planned overseas trip to go and spend time with her on Christmas Day 2018.

“If I hadn’t listened to the voice of God telling me to do that, there would probably be a lot of unanswered questions in my life today.”

Visiting Yavusania and Maqalevu after being away for so long was an emotional event for Mr Nawari.

Not having any link to his father and his mother giving him up as a baby to maternal grandparents had left scars that ran deep.

“I went back after 17 years last year.

“Because of all the abuses that happened in the compound where I grew up, it always held me back from going there.

“But I am glad I did it because it was sort of a healing process.”

Mr Seavula was brought up in Yavusania Village by his maternal grandparents and he was doing well in school until an incident in 1983 landed him on the streets and a brief stint in prison.

“I was blamed for some money that went missing in my school. I used to clean the administrators office and when the money went missing, they searched our bags and the administrator’s purse was found in my bag. My grandfather had a lot of expectations for me and how much he sacrificed to get me through school.

“When I was expelled, he was so disappointed that he told me to leave the house.

“I left and began sleeping behind the old MHs in Nadi Town, they used to keep old cartons there and it was nice and warm.

“A sex worker found me and took me to where she lived. I was 13 and I had to survive — I picked pockets and sold myself to survive and landed in jail.

“I celebrated my 14th birthday two days after being released from prison.”

Mr Seavula’s release was conditional on his guardians coming to get him.

At 14, he returned to his grandparents and back to school.

“My grandmother was the only female canefarmer in Yavusania Village.

“But when my grandfather gave up part of his land for the Methodist Church to be
built there, she sold her farm to complete the building of the church in 1974.

“With the leftover money she built her shop and that’s where I learnt to count,
rolling up the one cent and five cents coins and doing regular stocktakes.

“And I think that’s where my interest in accounting and finance developed — I was
only five years old at the time.

“There was only the three of us — my grandfather, grandmother and I.

“Unfortunately, she suffered a stroke in 1974, the same year she built the shop so I
had to help her with counting of money and stock.”

Amid all the emotional upheavals, he managed to score enough marks to get a place at the University of the South Pacific in 1989.

“By then I was basically running the family and the store because my grandfather had also suffered a stroke in 1987.”

Mr Seavula said he believed it was his faith in God combined with the lessons
learnt growing up amid struggles and taking care of his grandparents that gave him
the foundation he needed when he was appointed chief executive officer of the Suva Stock Exchange in 1996 at 25 years of age.

He went down in history books as the youngest CEO in the country.

“When I look back and I see reaching CEO role at 25, I was prepared very early
because I was leading the family when I was only 17 in 1987.

“There was so many challenges, this happened during the 1987 coup where I had
to walk for one hour and line-up at MHs to buy 1kg sugar, 1kg flour because they had quotas on how much you could purchase and then walking all the way back home.”

“She was a very close relative’s child and came to me when she was only four days old.

“When I held her the very first time, I vowed I would not let her go until she was able to look after herself and I named her Agape. That unconditional love that other people showed me who were not related to me, that helped me to be where I am today is what I would give this girl.”