The harsh reality – Climate change and the Pacific Islands 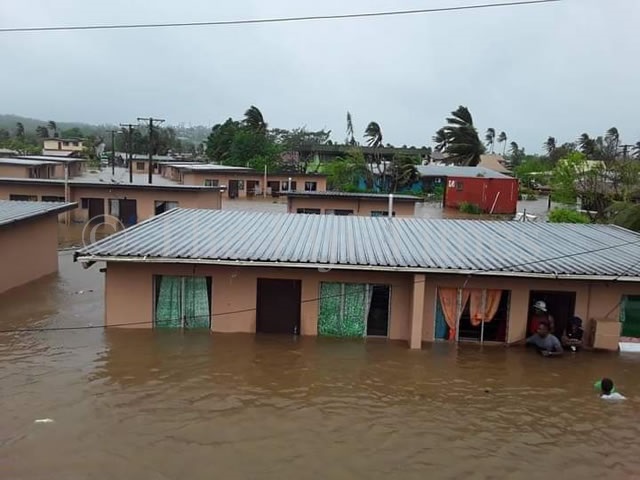 Amid concerns the intensity and frequency of weather events across the Pacific Islands are being exacerbated by climate change, now the region is expected to endure more floods and droughts with La Niña continuing into a third year.

The Australian Bureau Of Meteorology’s declared this month that the climate pattern would continue into another summer.

Australia has felt the force of La Niña for the past two summers, with heavy rainfall and devastating floods in eastern parts of the country.

But as the tropical cyclone and wet season approaches, some Pacific nations are expected to bear the brunt with flash flashing possible for western countries.

Meanwhile, further east, droughts will persist in low-lying atoll nations closer to the equator such as Kiribati, which has already declared a drought  disaster emergency.

‘We struggled a lot’

While flooding is common in many parts of the Pacific, especially severe La Niña, downpours in recent years have been catching towns off guard.

Komal Naidu, a restaurant owner in the Fiji town of Ba, watched helplessly as about 60cm of water inundated her business last year. The town was submerged twice in a fortnight after heavy rain burst the Ba River’s banks in January.

Ms Naidu said the town lost power and six of her staff were left out of work.

“All the tables and chairs were damaged, and we had to close the business,” she told the ABC’s Pacific Beat program.

“If it’s flooded, sometimes no water facilities are available and we lose power … It’s the same situation every time now.”

Many nearby businesses experienced similar hardships. Nehe, who is a senior chef at the Ba Town Café Hub, said it took months for her business to recover and even her home was affected.

“Our freezers and coolers were destroyed and at home we lost so many chickens and we lost our vegetables,” she said.

“It was really bad. It destroyed so many things. We struggled a lot.”

He predicted a third La Niña will “really have an impact on some of the Pacific Islands”.

“We are now heading into tropical cyclone season. This can easily create flooding events in the wet season,” Mr Nihmei said.

In recent years, there has been below-average rainfall and not enough clean drinking water for the population.

“With another La Niña coming, they will continue to experience low rainfall because all of the rain they usually get at this time of the year will all distributed to the western Pacific,” Mr Nihmei said.

“Similarly, those countries in the western Pacific will have to be careful, in terms of when there is a low-pressure system or a tropical cyclone.”

Earlier this month, UNICEF warned that the Kiribati drought was at a critical stage, saying malnutrition and other illnesses could mount without access to clean water for hygiene.

In June, Australia pledged a further $2 million to support Kiribati to maintain drinking water supply during the state of disaster.

How can the region prepare?

Mr Nihmei said while it is part of the natural climate system and “there’s nothing much we can do,” the early predictions are helping countries to better prepare.

However, she said the country was concerned not only about La Niña extending until at least March next year, but also the ongoing impacts of climate change.

“We will continue to expect more drought events and other climaterelated and climate change impacts and frequent and intense disasters for as long as we live,” she said.

“Like many other small islands developing states, we are still and will continue to explore methods, solutions and ways to enhance the resilience of our people today and in the years to come.”

Ms Afamasaga said communication remains a challenge, so the best approach was for communities to establish their own early warning systems on ground.

Some communities use a system where they raise a coloured flag up a pole to indicate the risk level, she said.

Ms Nehe said the locals in the Fiji town of Ba were already taking measures to withstand flooding, but she was still worried what the La Niña will bring.

“We’ll try our best, we are following the news, we are also giving ideas to each other,” she said.