The great chief, a huge crisis and a pair of socks 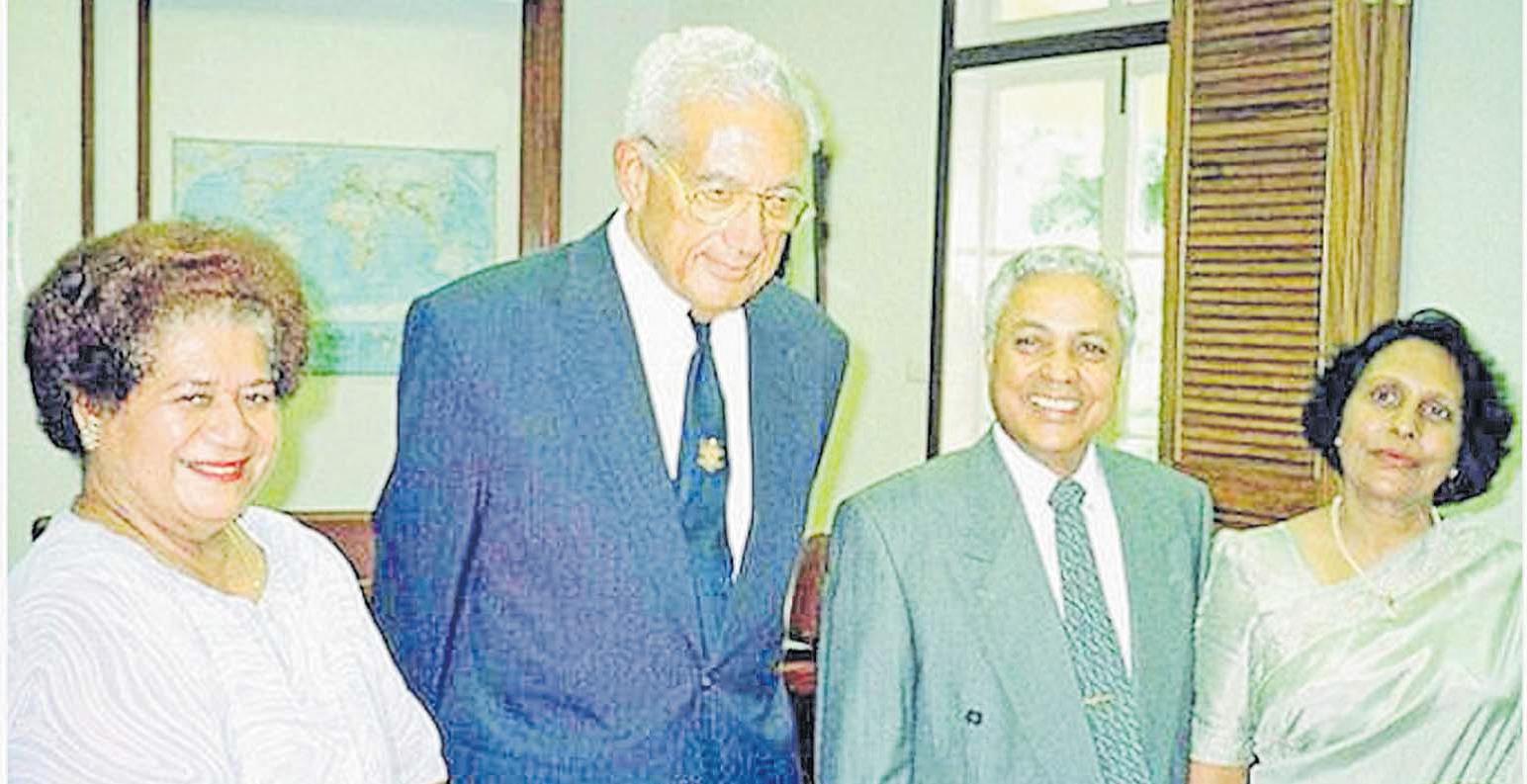 ATU Sir Kamisese Mara, President of Fiji, faced one of the biggest tests of his long career when on Friday, May
19, 2000, indigenous nationalists seized control of Parliament.

The take-over had been preceded by a large protest march.

Looting and rioting erupted in central Suva and reports started to come in of lawlessness in other parts of the country.

Ratu Mara, as head of state, became the focal point of national leadership.

It fell to him, at this moment, to do all in his power to avert the ruin of the nation.

I had worked with him for many years as a speechwriter and public affairs adviser.

When this new national emergency blew up I was in Lautoka for a sugar industry assignment, staying with my late friend Tony Wilkinson.

Early in the morning of Saturday, May 20, I received a call from Len Barrack, consultant to Ratu Mara.

Len said HE (His Excellency) wanted my assistance and could I please come to Government House as quickly as possible?

HE wished to brief me about preparing a statement to the nation that must be broadcast by late afternoon
or early evening.

“Yes, I’ll come but I’m here in Lautoka. Let me finish breakfast, have a shower and I’ll be on my way.”

“You’ve got to hurry; he’s waiting for you.”

I was soon driving along the Queen’s Rd, mind racing about the nature of the address Ratu Mara should deliver.

Something else was apparent to me.

Despite the very tight timing, I would have to stop over at my home in Des Voeux Rd before moving on to Government House.

In the rush of my departure I had omitted to put my socks on and left them behind.

Crisis, or no crisis, there was no way I would meet Ratu Mara at his official residence without socks.

I phoned my wife Emelita and asked her to have a pair waiting.

Len called from time to time as my car ate up the miles.

He kept stressing that HE expected me to be there as quickly as possible.

I had explained there would be a slight delay because of the business of the socks.

Len was not impressed.

“Don’t worry about the socks; just get here.”

She told me Len had also kept in touch with her to check on my arrival time.

She had mentioned to him that apparently some of the insurrectionists were being sworn in for a new government and suggested he should switch on the Government House office TV to watch.

I rapidly put on fresh socks and decent trousers and was off again.

Arriving at the rear entrance to Government House, I was escorted through by two soldiers.

My recollection is that Len was not there when I presented myself at the administrative complex.

I went to Ratu Mara’s office, knocked, put my head around the door, and asked him as he sat at his desk: “Sir, why is it that whenever the country is in trouble, you have to come to the rescue?”

He smiled and beckoned me in.

The Great Chief, this political giant I had worked with for so long, especially at crucial interludes in Fiji’s modern
history, rose to shake hands and thanked me for coming.

He appeared remarkably relaxed for someone at the centre of a tense, unfolding catastrophe.

A signifcant portion of Fijian sentiment was running white hot, and not necessarily in his favour.

There was plenty of anti-Mara propaganda.

One of his daughters, Adi Koila, was among the hostages.

I recounted to him Len’s early morning call and told him how I had stood firm on the socks issue.

I then made the point that security around Government House was sparse.

I was puzzled that there were only two soldiers at the back entrance.

Surely it would be fairly easy for someone to quickly hop over the bottom fence adjacent to Queen Elizabeth
Drive, run swiftly up the sloping lawn and get into Government House?

Ratu Mara agreed and said he had raised this with one of his sons in the military and expected protection arrangements to be improved.

I mentioned very briefly that I was conscious he had the additional concern that Adi Koila was among those held captive.

He acknowledged this but did not dwell on it or reveal any of the anger, distress and foreboding he must have been feeling as a father.

His duty was to do what was best for his country at this time of peril, despite his inner personal torment.

What I saw in Ratu Mara that late morning and afternoon was grace under pressure.

We discussed what he wished to say in his address and considered the issues involved.

I took notes and shared some of my thinking.

I went into the outer office and began to put together a draft.

I was in a state of high concentration.

There was not much time; the gravity of the situation was severe, and every word and phrase had to be weighed and reflect exactly what Ratu Mara thought and what he proposed.

I finished the text and we went through it together.

He did not make any changes.

By early evening he was on air.

I do not have in my files a copy of the address and, at the time of writing, have not located one.

But I can affirm that Ratu Mara declared a state of national emergency and, acting in his own deliberate judgment, announced he had assumed sole executive authority under Section 85 of the Constitution.

He gave assurances about protecting and enhancing the position of the indigenous community.

He denounced what he described as terrorism and deplored the looting and rioting.

I had finished another task for Ratu Mara and the history books.

I went home, sartorial integrity intact over the mundane business of the socks.