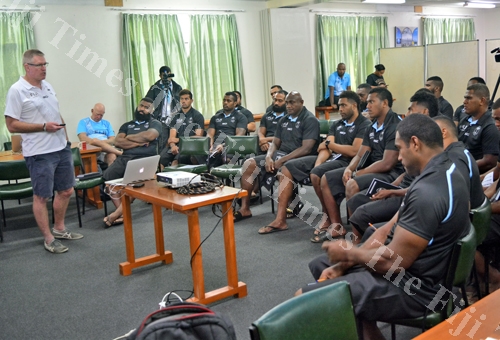 FIJI AIRWAYS Flying Fijians coach John McKee reminded the players why they were the fortunate ones to represent the country in next month’s June Test Series and the World Rugby Pacific Nations Cup which will be played in Fiji. McKee said the players were representing the country and the people of Fiji in every match.

“The rugby players will represent their country with some responsibility and challenge yourself to be in the final squad for the June Test,” he told the players when the Flying Fijians marched into camp in Suva yesterday.

“There are important things we should know as who we are and why we are here and secondly the matches and challenges ahead of next month.

“We are striving for the best possible team we could be.”

“Semi Radradra and Josua Tuisova were both outstanding for Barbarians and showed what quality players they are and we are looking forward to getting them for Flying Fijians,” McKee said.

The full squad is expected to be in camp tomorrow.