‘The food is going’: thousands stranded in cyclone-hit Mozambique 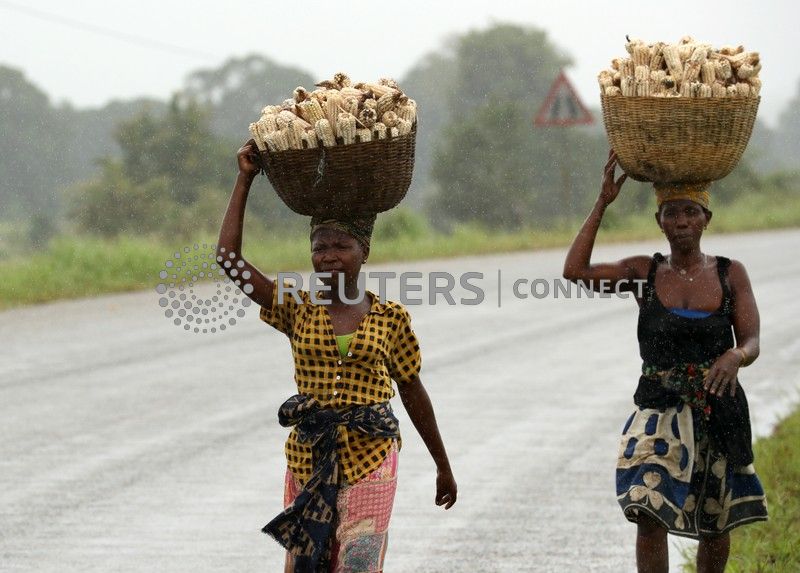 Women carry maize retrieved from fields flooded in the aftermath of Cyclone Kenneth, along the Mieze river near Pemba, Mozambique, April 30, 2019. REUTERS/Mike Hutchings

PEMBA, Mozambique (Reuters) – Headmaster Ernesto Parivos, like thousands of people across his province in Mozambique, is watching for any signs that flood waters have eased as food supplies dwindle.

Cyclone Kenneth barrelled into the province of Cabo Delgado last week, knocking out power at Parivos’ School for Teachers of the Future, damaging 11 college buildings and cutting roads linking to the main city of Pemba.

Almost a week after Kenneth struck with storm surges and winds of up to 280 kph (175 mph), aid workers say many remote areas and small islands are still waiting for supplies.

Parivos and around 80 live-in students and staff are stranded at the teacher training college in the district of Quissanga. “At the end of the week, maybe the food is going … finished,” he told Reuters by mobile phone.

From the windows of a small aircraft, Reuters journalists could see the once idyllic, white sand island of Ibo — near the coast of Quissanga — had suffered massive destruction.

A health clinic on the island looked like it had been bombed and long-since abandoned, its collapsed roof and rubble-strewn forecourt more reminiscent of a scene from a war zone than natural disaster.

In a village north of Pemba, buildings could be seen flattened and without their roofs, with people’s belongings strewn on the ground.

Kenneth struck while Mozambique was still struggling to deal with the impact of Cyclone Idai, which hammered the country’s central region just six weeks earlier. Idai destroyed the port city of Beira and caused devastating floods. It killed more 1,000 people across Mozambique, Malawi and Zimbabwe.

The storm and heavy rains that followed Cyclone Kenneth cut communications and grounded aid planes and helicopters. One flight from the U.N. World Food Programme got through to Quissanga on Tuesday, though downpours stopped any more, the agency said.

On Wednesday, it flew its first consignment – including high-energy biscuits and medical supplies from other organisations – to Ibo, where the cyclone’s winds had demolished almost every wooden home in their path and ripped the bark from trees.

Locals loaded the boxes in to trucks from a building near the airport’s runway, “Ibo” emblazoned on its front.

Aid workers and locals have started to clean up, but needs on the island were still great.

“There’s so many factors, humanitarian aid, water, the diseases that might break out… it’s a big thing,” said Marcel Nordin, a medic at South Africa’s ER24, who was clearing fallen trees from near a dirt road.

The government says 41 people have died in Mozambique – though that toll is expected to rise as government and aid agencies reach more areas. The death toll in the Comoros has risen to seven, and over 234,000 people have been affected in both countries, the United Nations said, citing government figures.

The rain had stopped on Wednesday, but more is forecast, threatening to burst already swollen rivers. Analysis commissioned by Britain’s Department for International Development estimates many rivers could reach flood levels on Wednesday or Thursday.

The WFP said thousands of people lived in zones at risk of flooding. Across the region, more almost 38,000 homes have been destroyed and almost 21,000 people were in accommodation centres, according to government figures.

At the college, Parivos says staff have been tidying up, hoping they have seen the last of the floodwaters. On Thursday, they are planning to restart classes, as they try to organise more supplies and hope the roads clear.

“We try to start a new life,” said Parivos.