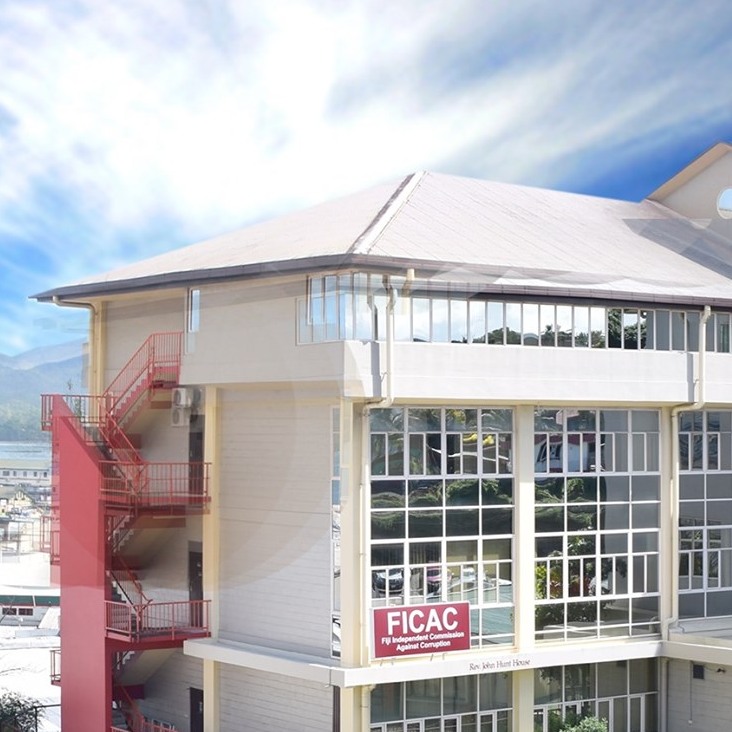 If there is any organisation in Fiji that hangs over Opposition parties like the sword of damocles, it is the Fiji Independent Commission Against Corruption.

It is critical to understand the genesis of this entity, and its performance so far, especially for the incoming new Government that intends to steer our soon-to-be 52-year-old nation back on an even keel.

In 2007, and hot on the heels of the Voreqe Bainimarama’s crusade after his 2006 takeover, fueled by an ethos of “Integrity, Consistency and Transparency”, a decree was brought in to supposedly eradicate corruption from public offices.

It was, after all, the thrust of the public narrative used to justify the 2006 coup.

The then Deputy Commissioner, George Langman, was interviewed in the Fiji Sun in 2009 and stated that FICAC’s performance since its 2007 establishment, “has investigated 42 cases and charged 54 people”.

NFP president Pio Tikoduadua questioned FICAC’s efficiency on March 24, 2021 in Parliament during the debate on its 2016-2017 Annual Report.

He referred to the miserly 0.2 per cent success rate of FICAC convictions, against the number of complaints received and suggested that these low numbers could be because many complaints lodged may have been frivolous and baseless.

Mr Tikoduadua was referencing the latest statistics on the FICAC website, where out of a total of 67,417 complaints received 1570 cases were investigated; 366 individuals were charged; and 115 individuals were convicted.

Then (and oddly so), on August 5, 2010 the Fiji Sun featured another story where the Attorney-General confirmed that the then FICAC boss, Colonel George Langman, would soon be posted back to the Republic of Fiji Military Forces to facilitate rural development works.

As he was also legally responsible for FICAC the Fiji Sun quotes him saying “There’s a requirement for Colonel Langman to go back to the RFMF since he is the only qualified engineer who has had offshore senior staff training course experience.”

He said that in the next few months the People’s Republic of China would be giving $5 million worth of construction equipment to the Republic of Fiji Military Forces Engineering Corps.

“This is to be used in rural development and so obviously there is a need for very senior people to be able to run the engineers corps.”

Mr Langman, however, continued to stay on in FICAC.

But it was not until 2014 when taxpayers footing the bills for FICAC’s operations began to see some returns on their taxes through the 2014 Annual Report tabled in Parliament in 2015.

FICAC during the 2014 election year

In Mr Langman’s introductory remarks presenting the 2014 Annual Report, he said right at the outset: “Foremost, the Commission was put to test for the first time during the September 2014 National Elections to investigate elements of breaches under the Electoral Decree No 11 of 2014. The electoral offences that were referred to the Commission were carefully analysed before an investigation was carried out. Cases of electoral breaches taken to Court received successful convictions earlier than expected and these were achieved through our high level of skills and efficiency.”

It is within the pages of the 2014 Annual Report that we can see the nature of some of these FICAC complaints relating to elections: Elections Office: Complaint against officers for fabricating quotations for dismantling work – insufficient evidence to institute criminal proceedings.

Laisenia Qarase’s speech/comments on ballot numbers 135 and 136 and making reference of it in the Holy Quran – insufficient evidence to institute criminal proceedings.

Elections Office complaint against Vasemaca Bau who voted at the Women’s Correctional Center on September 12,
2014 – case closed as evidence confirmed the accused did not breach of section 82 (2) (d) of the Electoral Decree.

In FICAC’s Annual Report for August 2016 to July 31, 2017, there were only a few cases related to electoral laws listed.

Page 12 details the following: – case against the Minister for Education for bribery and undue influence under the Electoral Act (Dr Mahendra Reddy).

Page 17 lists a complaint against a SODELPA party member for not declaring his liabilities – insufficient evidence to
institute criminal proceedings.

Dr Reddy’s case as of a Fiji Sun report of May 15, 2018 highlighted that FICAC would be seeking a retrial after the Magistrates Court acquitted him.

In that same Fiji Sun report, Mr Devanesh Sharma, who was Dr Reddy’s lawyer is reported to have told the court the following: “Mr Sharma submitted that people had the right to choose who they wanted to go into Government. He said one could change their political allegiance today, tomorrow and the next day, however he questioned if this would change a person’s vote during election.”

There were also headline FICAC cases for alleged electoral breaches.

No annual reports for FICAC were tabled in Parliament for the years 2018 to 2021, despite section 17 of its law requiring these key transparency and accountability requirements for the taxpaying public.

The only public information on electoral offences given by FICAC in 2018, prior to the November elections, was reported in The Fiji Times of October 23, 2018:

“The Fiji Independent Commission Against Corruption (FICAC) has warned the public, political parties and their candidates that they will come down hard on anyone found to have breached any campaign rules under the Electoral Act.

“FICAC manager investigations Isireli Tagicaki said FICAC was mandated under Section 18 of the Act as the investigation and prosecution arm of the Fijian Elections Office.”

On 24 April 2022, the Fiji Sun reported that Rashmi Aslam had been appointed the first ever Commissioner of FICAC by the President, Ratu Wiliame Katonivere.

Mr Aslam was previously appointed Acting Deputy Commissioner in April 2020 upon the retirement of Mr Langman.

To date a number of political parties have been referred to FICAC.

In that surely, it is not too much to expect basic professional and legal courtesies such as:

Our people who pay for all regulators and Parliamentarians, suffer through dry taps, no electricity, shackling food plus service bills, weighed down by so much financial burden, deserve nothing less than to see fairness in action.

We continue to be overwhelmed by their voices telling us, that they await their day of reckoning at the polling booth.