The establishment of Nasea Methodist Church 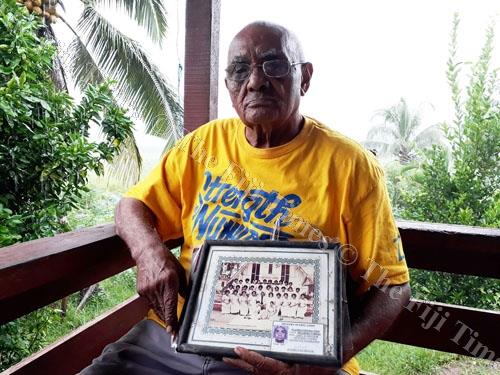 THE late Tui Vuda and former President of Fiji, Ratu Josefa Iloilovatu, was an influential civil servant while serving the people of Macuata in the 1950s.

He was posted to Labasa as the Roko Tui Macuata based at the Macuata Provincial Council office.

And with the spiritual influence of associates which included a church pastor and a friend of Indian descent, Ratu Josefa and four other men built the Nasea Methodist Church which sits at its current location today near Subrail Park.

Although it took them nine years to complete building the church, church members say they never lost hope and kept encouraging one another to continue with the good work.

The church pastor was Reverend Eparama Naivolasiga, who was an adviser to the five men and the congregation of 40 who used to gather at the Majestic Theatre in those days.

In 1965, church members led by these five men started construction work of the church which was completed in 1973.

Setareki Nabeqa, 78, the lay preacher of the church at that time, said fasting and praying for the church project helped them in a miraculous way.

Although they knew that establishing the church in Labasa would not be an easy one, they knew God would help them anyway.

So they organised days of fasting and praying and God sent them an angel in the form of a Muslim businessman, Reheem.

“He just appeared from nowhere and he offered us a piece of freehold land to use for the church construction beside Subrail Park,” Mr Nabeqa said.

“We never believed that a Muslim businessman would just show up to offer us his piece of freehold land but that’s God’s doing, not ours.

“It sure was not an easy work for many of us but nothing is impossible when God is by your side.”

Mr Nabeqa said the Majestic Theatre where they first held worship services was located along the main street of the town where the RB Patel Supermarket now sat.

“The town was not developed back in those days and there were only a few shops and not many cars like we see today,” he said.

Mr Nabeqa said a lot of civil servants who were transferred to Labasa to work also joined them at the theatre.

“It was through the dedication of these five men from Viti Levu, together with a few elders of the church who lived in Nacula settlement, that saw us through those tough days of building the church,” he said.

“It was also through hard work and our trust in God that we managed to pull through.

“We all helped in whatever way we could with the construction work and the plans. We never hired any qualified carpenter for the job. We knew we had God by our side and that’s more than enough help needed to get the work done. Those were the good old days I must say.”

Raising funds for the project to pay for other expenses was enabled through their soli and church functions where other faith-based groups were invited.

Apolosi Rogowale, who was a Sunday school student at the time, said the church service every Sunday started at 8am and when they finished church at 10am, the theatre would take over to continue with its core business.

“Most of the church elders who witnessed the shift from the theatre to the new church building have all passed on,” he said.

“Nacula settlement (outside town) was given by Tui Labasa at that time to join the members of the Nasea church as most of them were civil servants who came in from Viti Levu to Vanua Levu for work.”

The list of church ministers who have already served in this circuit are:

* Rev Inia Mavai who is currently serving the circuit since December 21-2017.