The Dubai 7s jinx: An unhappy hunting park for Fiji 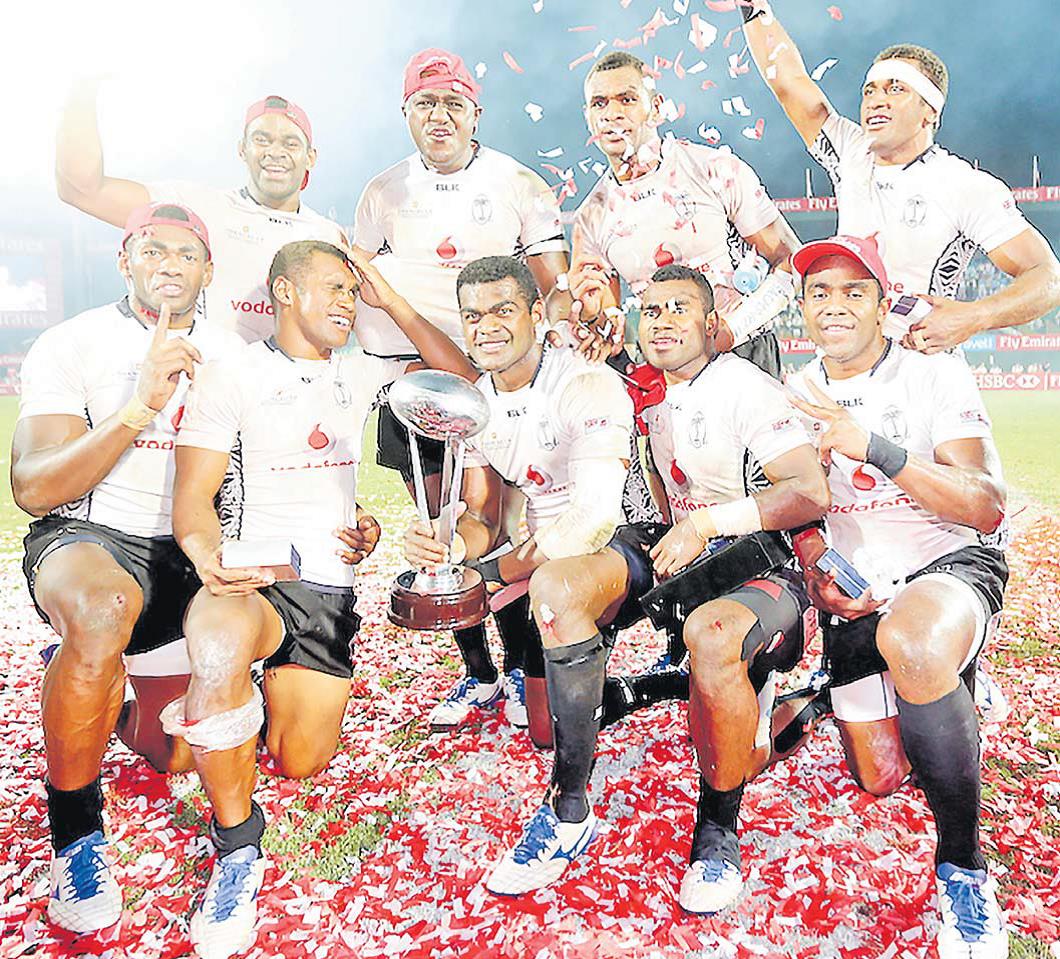 The Fiji 7s team celebrates after beating England to win the cup fi nal during the Emirates Dubai Rugby Sevens at The Sevens Stadium on December 5, 2015 in Dubai, United Arab Emirates. Picture: RUGBYPASS

Since the glorious days of Ben Ryan, who led Fiji to cup wins in Dubai in 2013 and 2015, Dubai has been an unhappy hunting park for Fiji.

Since the inception of the World Rugby Sevens Series way back in 1999, Fiji has tasted victory in the desert twice and in 2019, which was the last time the tournament was played, our boys created history as they failed to progress from the pool stage for the first time in 21 years.

Brimming with success from a very successful 2018/19 HSBC WRSS and having been the darlings in Cape Town, Hamilton, Hong Kong, London and Paris, our boys looked a shadow of the team that captivated thousands of hearts in the 2018/19 HSBC WRSS having won five tournaments back to back and having four players in the Dream Team – Vilimoni Botitu, Aminiasi Tuimaba, Jerry Tuwai and Meli Derenalagi.

Sevens guru, Gareth Baber, prior to the tournament had assured fans a continuation from where the team had left last season.

Therefore, there was no excuse that we were testing our squad because our players had been playing together and had done so well as a team.

Hence, after finishing ninth in Dubai, many wondered what was amiss as we were beaten by a fired-up Argentina side and knocked out of the pool stage.

Furthermore, our discipline was woeful!

It was the highest that any team notched in the Dubai heat.

Our players failed to work as a team and there were many missed tackles.

We did not communicate enough and failed to win the restarts.

Our boys were not aggressive at breakdown and the penalty count against Fiji was too high and this frustrated many fans.

The cohesion and teamwork that was seen previously somehow went missing as our boys were starved off possession and pressurised by the opposition and then the senior players lost their cool.

Our stars on the field and those who were supposed to lead our onslaught, the likes of Derenalagi, Botitu, Sevu, Josua and Nacuqu spent time in the ‘naughty chair’.

In our first pool match, our players failed to pump points against Japan and we were lucky to survive the battle as the Japanese came back into the game and scored two late tries to narrow the deficit.

After the Japanese encounter, our players were up against Argentina, which had narrowly lost to France (12-10) and the Pumas needed a win to stay in contention.

Argentina capitalised on our discipline and kept alive their hopes of making it to the quarters.

With a 21-19 lead, Fiji could not give away another penalty as the Pumas were camping in our 22, but then Botitu deliberately knocked the ball forward and he was shown yellow.

This is what the Pumas wanted as it gave them an extra man and the captain quickly called for a scrum.

Argentina kept their composure and maintained possession and got the try in the corner.

The Pumas celebrated as our boys walked away with heads down.

The Pumas then gave themselves a little bit of buffer walloping Japan (33-7) which meant that Fiji had to score 35 points past France to leapfrog the Les Bleus, which suffocated Japan (41-5). Point differential was massive and Fiji had a mountain ahead of them.

What fans did not want to see finally came as Mocenacagi copped the first yellow card.

Ironically, very little urgency was shown by the boys.

France took their time into the game and we succumbed to their strategy and despite the second-half come back, our players were bundled out of pool play while France and Argentina progressed to the quarters only to lose to England 19-12 and South Africa 12-5.

Our discipline was tested as Derenalagi and Vakurinabili saw the bin for two minutes.

In the emphatic final, the ‘Blitzboks produced a breathtaking and dynamic performance to drown the All Blacks 7s 15-0.

As we count the hours to the Dubai 7s, I leave you with Anthony Joshua’s motto, ‘Stay humbled, stay hungry.’ I hope this will lift the morale of our boys and ignite their aspirations of winning the title!

• RAJNESH LINGAM is a contributor to this newspaper. The views expressed are his and not necessarily of this newspaper or his employer.