The British are fatter than the rest of Europe, says PM Johnson 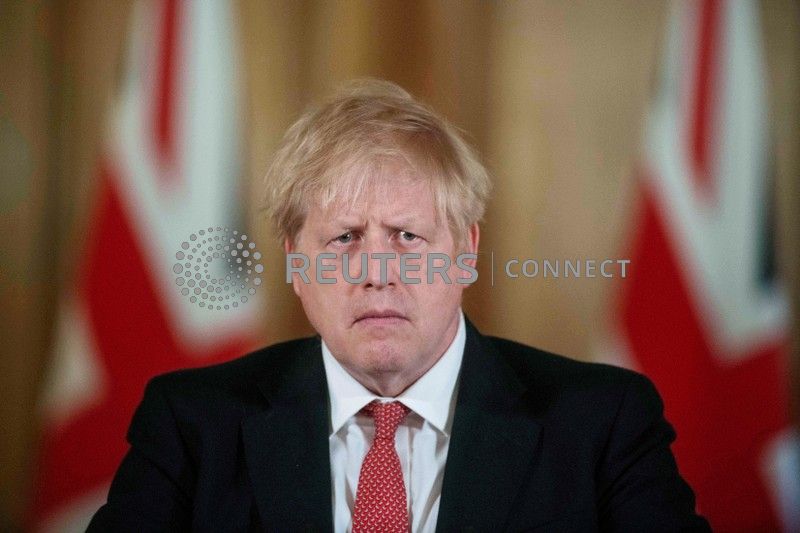 LONDON (Reuters) – The British are far fatter than any other nation in Europe bar the Maltese so there needs to be a debate about how to tackle soaring rates of obesity which cost the country dearly, Prime Minister Boris Johnson said on Monday.

Johnson, who said at the start of the year that he needed to lose weight, was hospitalised in April with coronavirus and treated in intensive care with oxygen. He later said doctors in the National Health Service (NHS) had saved his life.

Asked about how ill he had been in an interview with Times Radio, Johnson said: “I did lose some weight – that is perfectly true – as you do in ICU (Intensive Care Unit).”

“I have taken a very libertarian stance on obesity but actually when you look at the numbers, when you look at the pressure on the NHS, compare, I’m afraid this wonderful country of ours to other European countries, we are significantly fatter than most others, apart from the Maltese for some reason. It is an issue.”

The United Kingdom has one of the highest rates of obesity in the world: nearly one in three adults are obese, according to the OECD. Worldwide, obesity has nearly tripled since 1975 and more than 650 million people are obese – defined by the World Health Organization as having a Body Mass Index of 30 or greater.

Johnson, who in his youth was slender, has ditched takeaways since his illness and even told meetings that “it’s all right for you thinnies” when discussing the novel coronavirus, British media reported.

“I am not going to pretend I have original thinking about this nor am I going to pretend that it is easy for politicians to solve – everybody knows that this is a tough one,” Johnson said. “It’s something we all need to address.”

Asked if he was now an interventionist who would support a sugar tax, Johnson did not give a direct answer.

“We certainly must have a care for the health of our population and we will be happier and fitter and more resistant to diseases like COVID if we can tackle obesity,” Johnson said. “It is hugely costly for the NHS.”

Johnson did some press ups to show he was “as fit as a butcher’s dog” in an interview with the Mail on Sunday newspaper.

Asked if he did the press ups because there was a narrative that he was not fit, he said: “Well I certainly hope not. Well no, yes.”

“When I came out of hospital I did notice there were occasional pieces in the papers saying I was looking a bit wraithlike, or something someone said,” Johnson said. “Complete nonsense I want you to know.”

“I am feeling very well, yes thank you, again thanks to our National Health Service,” he said.