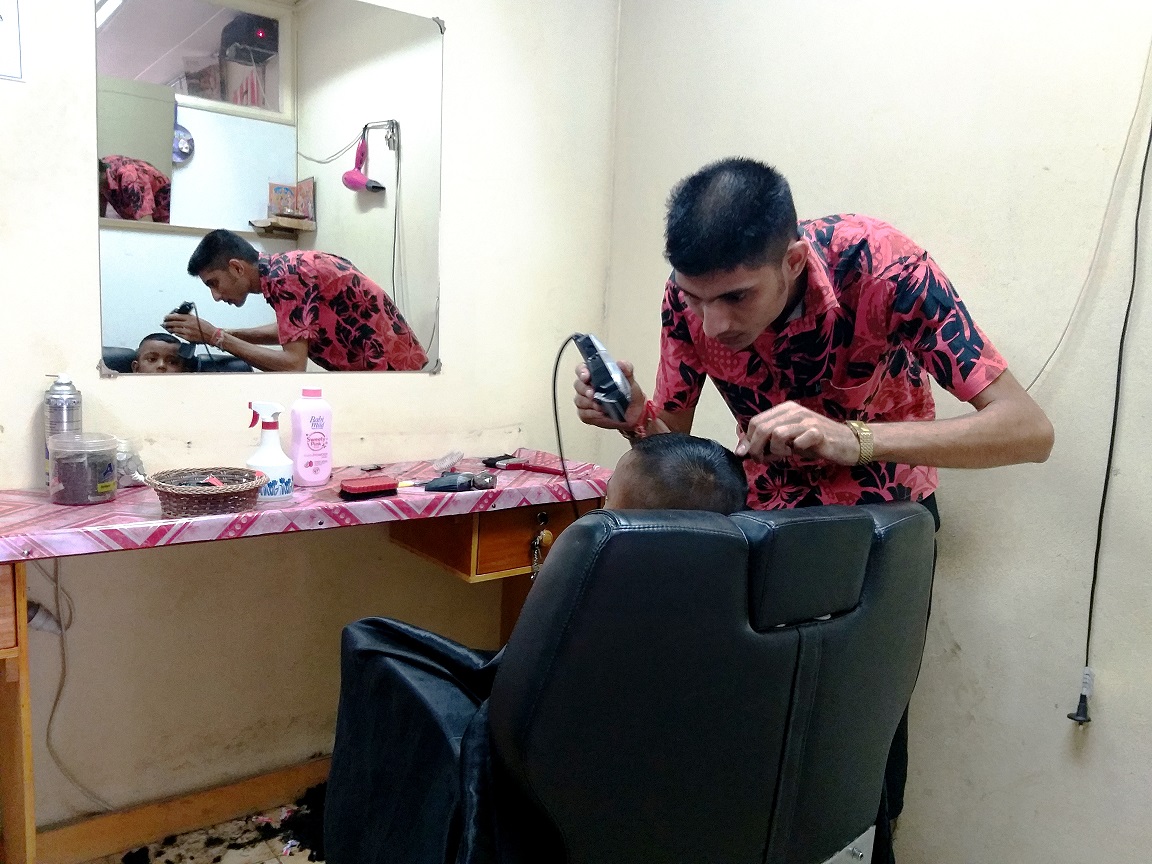 Harjeet Prasad at his barber shop on the corner of Rakiraki town. Picture: MATILDA SIMMONS

WHILE walking around the town of Rakiraki, I noticed something peculiar.

The town had two barbershops called Babasiga, but with just a small difference in spelling.

A few queries later, I was told there were actually three barbershops in the town and they were operated by three brothers who hailed from Labasa.

“I was the first to come and operate the barbershop business about seven years ago, then my brothers joined me three years ago,” said Ajay.

“We’re from Vunivere, in the interior of Labasa. The main income there is cane farming, but no life there … no life,” he shared.

“Our parents are vegetable and sugarcane farmers, they still live there, and my grandfather is still alive. The farm is shared among my father and his brothers. I left high school at 16 to look for work.”

Ajay initially moved to Savusavu where he joined an uncle who was a barber.

He soon picked up his uncle’s skill after helping out as an assistant. After years of working and saving up, he left for Viti Levu and moved around before deciding to settle in Rakiraki.

“When I first started here, I brought only one bag of clothes,” he smiled.

“I love Rakiraki, it’s a friendly place much like Labasa, the weather is similar and I love it,” said the 27-year-old who met and married his wife at the rural town.

“I still visit my family every now and then. One sister is married in Labasa and my twin brothers, who joined me three years ago, are now operating their own barbershops. One of them just opened his barbershop three months ago.”

“Business is good, sometimes its slack because FSC mill closed down.

When I started there were only two barbershops, now there are about seven barbershops including hair salons.” he said.