The art of weaving 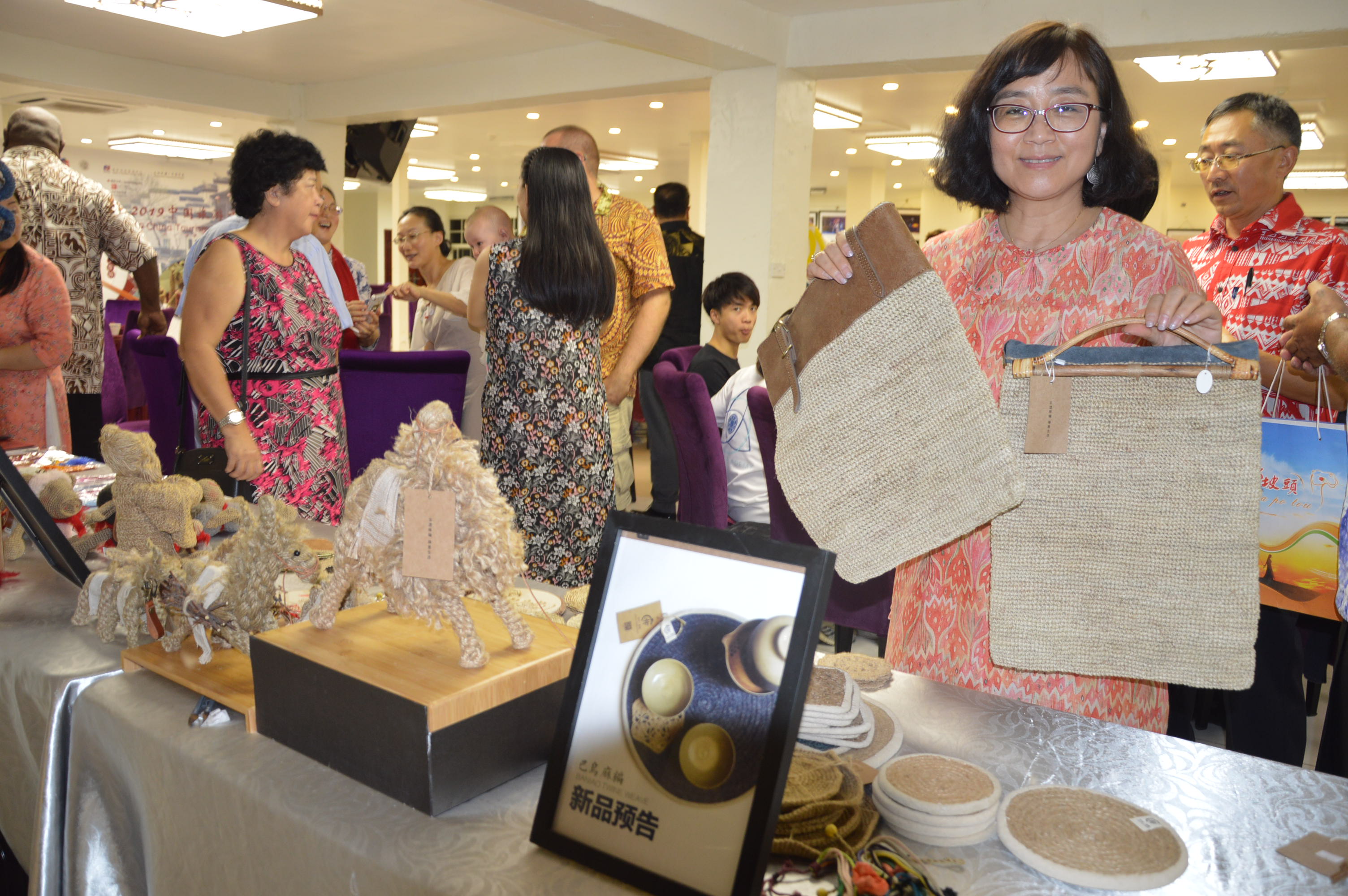 Zhang Jing shows some of her handicrafts. Picture: SOPHIE RALULU

FOR more than 40 years, Zhang Jing has continued a tradition practised by her family for many generations.

The Chinese national who hails from Ningxia, north-west of China is a skilled hemp weaver.

She was in the country for the opening ceremony of the China Tourism and Culture Week and Food Festival organised by the Suva China Cultural Centre last week.

She was among a group of artists, performers and chefs invited to showcase the best of their province and their respective work.

Zhang specialises in the ancient practice of hemp weaving.

Hemp is a plant that can be used to make fabric, rope, and even paper. It can also be woven together to create a fabric similar in texture to linen.

According to research the earliest uses of hemp date back to the Chinese, in the 28th Century B.C. before spreading to other cultures around the world.

“The skill was passed on from my mother’s side,” she said through a translator.

This was her first trip to Fiji and she says she has enjoyed the trip immensely.

“I have been to several countries around the world. Fiji is beautiful. If I have the chance I will come back,” she said.

Zhang is a member of the China Artists Association, a national first-class artist and representative of hemp weaving skills for intangible cultural heritage projects in Ningxia.

She has been engaged in printmaking and soft sculpture for many years.

The works have appeared in the Foreign Ministry of Beijing, the Shanghai World Expo, the Beijing Cultural Expo and other places.

She has conducted cultural exchanges in the United Arab Emirates, Japan, the United States, Mauritius, Russia and other places.

She is also the author of The Singing of Ba Birds.

Humans have been weaving hemp—a plant that can be used to make fabric, rope, and even paper—for more than 10,000 years. Hemp is often used to make bracelets, necklaces, or other jewellery.

It can also be woven together to create a fabric similar in texture to linen that’s surprisingly soft to the touch.

You can continue the long history of weaving hemp by doing it yourself.