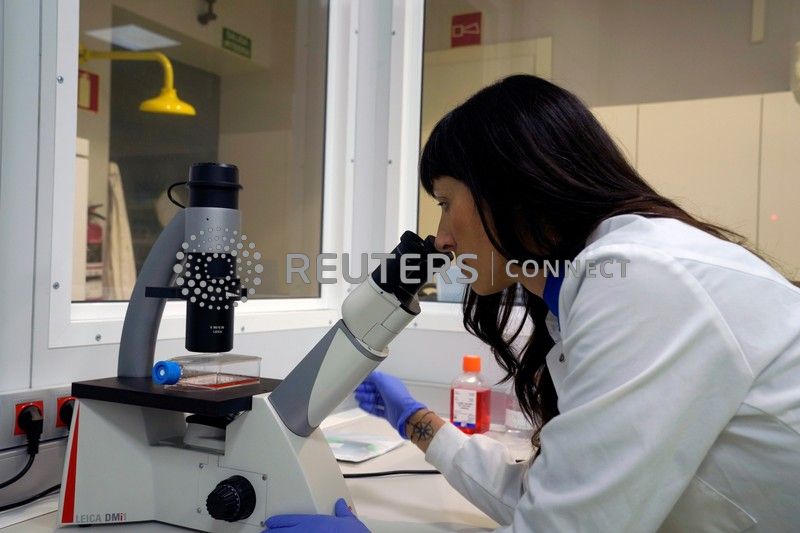 MADRID/ZURICH (Reuters) – Lab-grown meat, first introduced to the world six years ago in the form of a $280,000 hamburger, could hit supermarket shelves at $10 a patty within two years, European start-ups told Reuters.

Consumers concerned about climate change, animal welfare and their own health are fueling interest in so-called clean meat, with the number of associated business start-ups climbing from four at the end of 2016 to more than two dozen two years later, according to the Good Food Institute market researcher.

And cultured meat grown from animal cells could be next on the mainstream menu, with producers eyeing regulatory approval as they improve the technology and reduce costs.

It was Dutch start-up Mosa Meat’s co-founder Mark Post who created the first “cultured” beef hamburger in 2013 at a cost of 250,000 euros ($280,400), funded by Google co-founder Sergey Brin, but Mosa Meat and Spain’s Biotech Meats say that production costs have fallen dramatically since then.

“The burger was this expensive in 2013 because back then it was novel science and we were producing at very small scale. Once production is scaled up, we project the cost of producing a hamburger will be around 9 euros,” a Mosa Meat spokeswoman told Reuters, adding that it could ultimately become even cheaper than a conventional hamburger.

“Our goal is to reach production scale and have regulatory approval by 2021,” Vila said.

She said the average cost of producing a kilogram of cultured meat is now about 100 euros, significantly below the $800 cited a year ago by Future Meat Technologies, an Israeli biotech company that has received funding from U.S. meat processor Tyson Foods.

Biotech Foods, Mosa Meat and Higher Steaks, a London-based competitor also contacted by Reuters, have yet to file applications for EU approval because they are still working to improve their growth serum.

To make cultured meat, stem cells from the muscle of an animal are placed in a culture medium that is then put in a bioreactor – similar to those used for fermentation of beer and yoghurt – to support growth of new strands of muscle tissue.

Liz Specht, associate director at the Good Food Institute market research firm that focuses on meat alternatives, said in a white paper this year that it was likely that cell-based meat would achieve price parity with conventional meat once production is on an industrial scale.

Specht identified the cell culture medium as the most significant cost driver and said it was possible to produce it without animal-derived components and at much lower prices.

Proponents of this new technology say it’s the only environmentally sustainable way to satisfy meat demand that the United Nations’ Food and Agriculture Organization expects to double between 2000 and 2050.

But John Lynch, an environmental scientist at the University of Oxford, said it remains unclear whether scalable lab-grown meat production can really convert energy and nutrients into meat more efficiently than conventional meat production.

“Some studies have suggested that cultured meat may require less of a ‘feed’ source than conventional livestock production, but require more energy. If this is the case, then their impact on the climate will depend on where this energy comes from,” he said.

Interest in the category has ensured start-ups have had ample access to funding.

Biotech Foods’ Vila said the company had sufficient funds up to 2021, the year it hopes to generate its first revenue, thanks to a capital injection from an unidentified investor.

In May food and agriculture group Cargill announced it had invested in cultured meat company Aleph Farms.