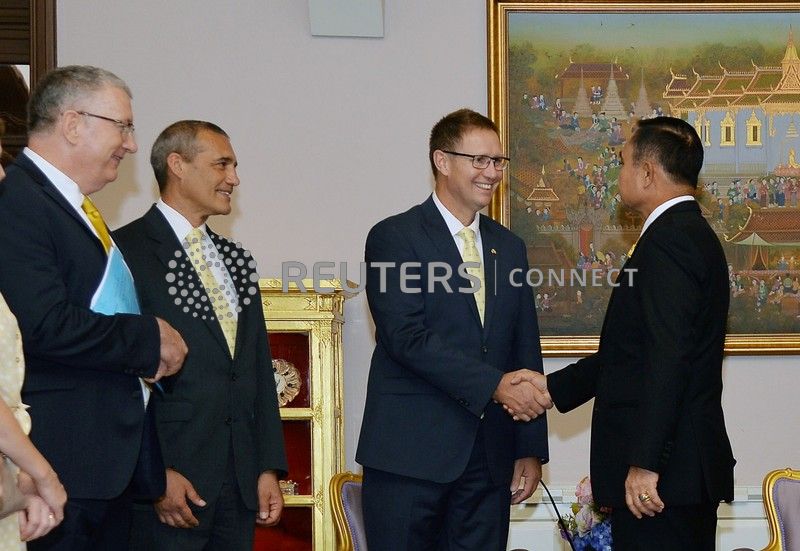 Richard Harris, Australian member of the Thai cave rescue team shakes hands with Thailand's Prime Minister Prayuth Chan-ocha, as he stands next to Craig Challen after receiveing the Member of the Most Admirable Order of the Direkgunabhorn award at the Government House, in Bangkok, Thailand, April 19, 2019. Thailand Government House/Handout via REUTERS

BANGKOK (Reuters) – Two Australian cave divers who were instrumental in the rescue last year of 12 Thai boys and their soccer coach from a flooded cave received on Friday a royal honour from King Maha Vajiralongkorn in a ceremony in Bangkok. The “Wild Boars” soccer team, aged between 11 and 16, and their 25-year-old […]