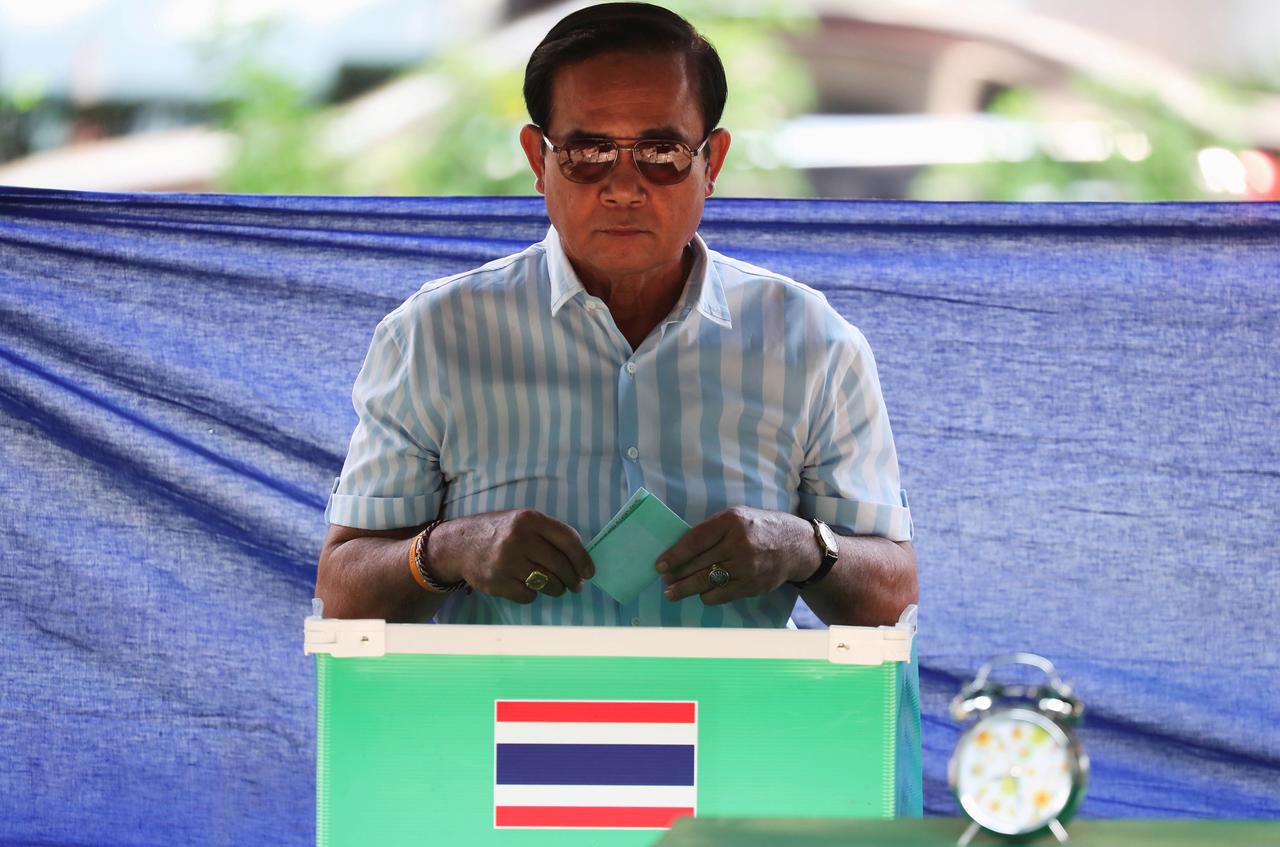 BANGKOK (Reuters) – An alliance of Thai anti-junta parties is not giving up on forming the country’s next government and blocking the ruling junta from retaining power following a disputed March election, a leader of a key member party said on Wednesday.

Thailand’s March 24 election pitted the pro-army Palang Pracharat party, which seeks to keep junta leader Prayuth Chan-ocha in power, against the Democratic Front of seven parties that wants the military out of politics.

Results published last week showed Palang Pracharat winning 115 seats in the 500-member lower House of Representatives. Along with Senate votes and allies, this could be enough to form the government.

But after what he called “a definitely not free and not fair election,” Thanathorn Juangroongruangkit, leader of the anti-junta Future Forward Party said all hope was not lost.

“For anti-junta parties, the effort to form the new government is still there. There is no giving up, no white flag at the moment,” Thanathorn said during an event at the Foreign Correspondents’ Club of Thailand.

His comments came a day after Thailand published an official list of 250 senators, who were entirely appointed by the junta and will vote with the House of Representatives to choose the next prime minister.

The list showed more than a third have military or police backgrounds and nearly half have existing ties with the junta, which seized power in a 2014 coup.

Electoral rules make it nearly impossible for the opposition to overcome the Senate’s vote to form its own government under a post-coup constitution ratified in 2017, which was criticized as entrenching military influence in Thai politics.

If all 250 senators vote the same way, Prayuth’s party, whose allies already hold 19 seats, will have just over the 376 required in the combined House-Senate vote to approve him as prime minister.

But Thanathorn said he was “very hopeful” about the anti-junta coalition forming the government and that the Senate could be swayed if the Democratic Front can form a strong majority.

“If we could form a strong, solid government in the lower house, the senators won’t vote against it. The pressure is on them if they vote against the voice of the people, and I don’t think they have the courage to do that,” Thanathorn told Reuters.

But even if the anti-junta alliance failed, the future of democracy in Thailand still looked “very positive,” Thanathorn said.

“We lose this election but we’re not losing the game,” he said.