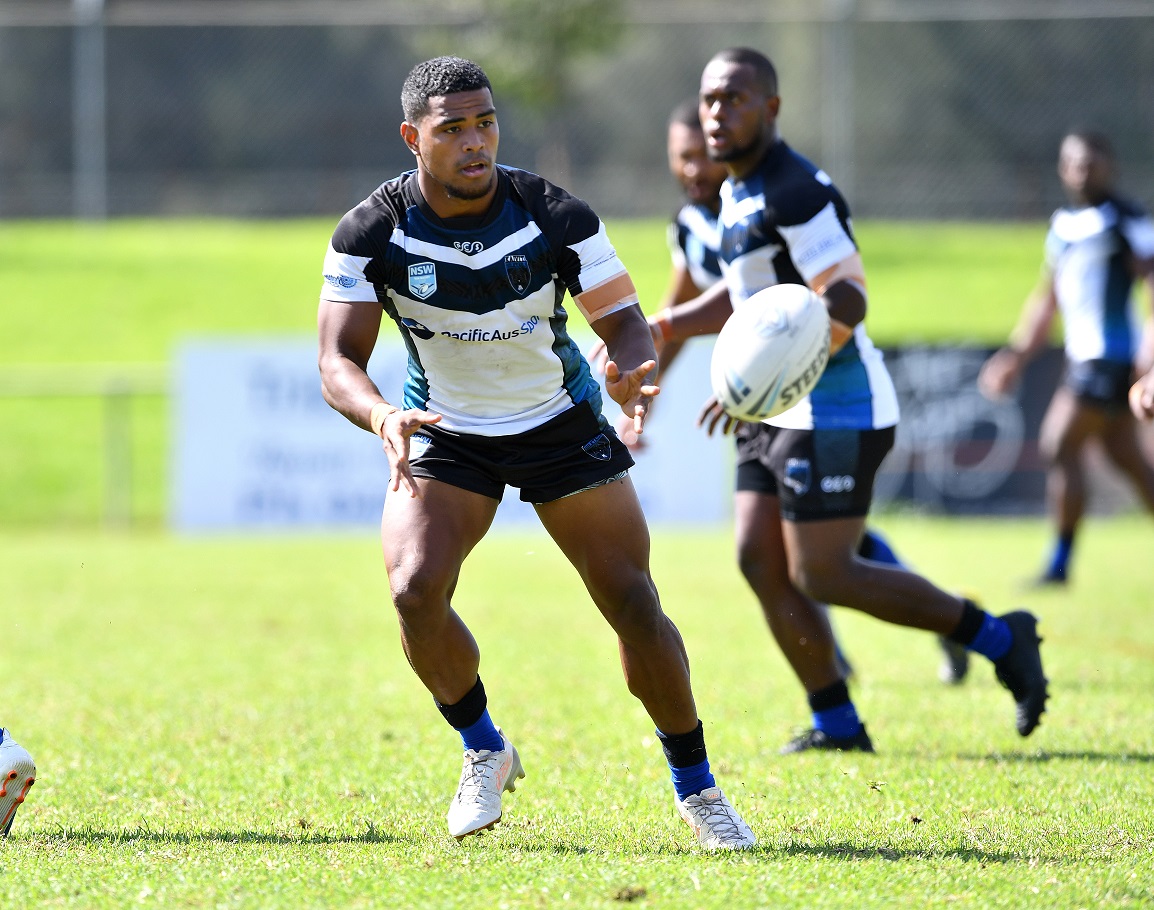 Penioni Tagituimua ready to receive a pass during a Kaiviti Silktails training session for the match against Windsor Wolves tomorrow. Picture: NRL

Fijian flair in rugby league that has groomed some revered names in the National Rugby League competition will be the Kaiviti Silktails main weapon in the remaining rounds of the Ron Massey Cup tournament in Australia.

This was revealed on Wednesday by the Kaiviti Silktails head coach Wes Naiqama in the lead up to tomorrow’s match against Windsor Wolves at 3pm.

Naiqama has named a strong side against the Wolves in this Round 14 after the Aussies beat us 26-30 in Sydney in April.

Boosting the side is the return of skipper Penioni Tagituimua from playing in the New South Wales Cup competition and explosive winger Vuate Karawalevu from the Sydney Roosters under-21 side.

“They will boost our performance against the Wolves,” Naiqama said.

“We are trekking along OK and we are happy with our result last weekend. We have to improve our performance because the Wolves are behind us with one point and the rest of the matches are important as we target to finish off in the top three.

“We are building to get better, and will not make a lot of changes to our Fijian playing style. We need to have a lot of aggression as each game counts.”

The Kaiviti Silktails will meet Windor Wolves at 5pm (Fiji time) at the Macot Oval.