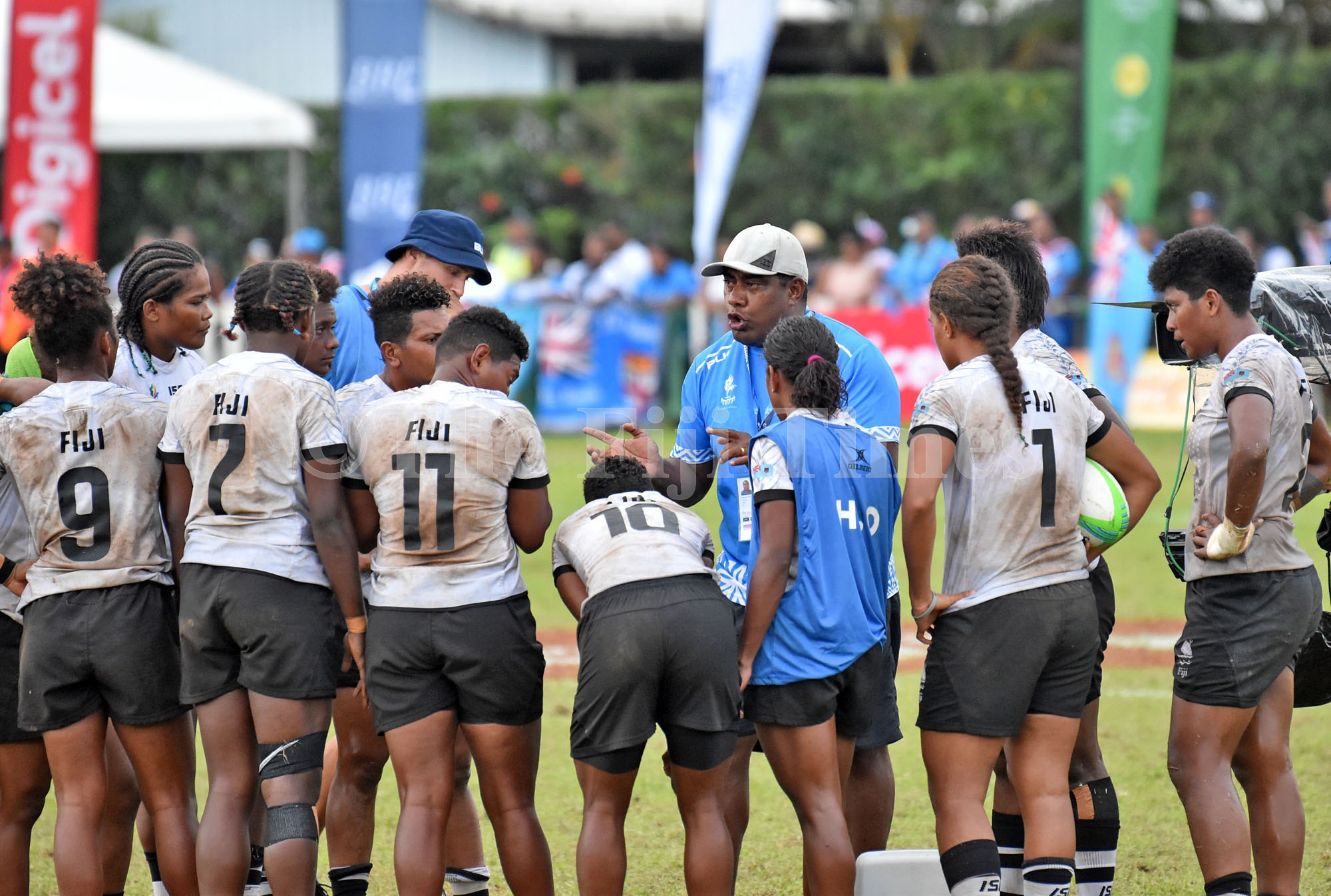 Fijiana coach Saiasi Fuli speaks to his players during half time against Australia during the final at the Rugby Sevens competition at the Marist St Joseph grounds in Samoa on Saturday, July 13, 2019. Picture: JONACANI LALAKOBAU/FILE

THE Saiasi Fuli coached Fijiana 7s is grouped with Canada, Australia and Spain for the HSBC USA Women’s Sevens Championship which will serve as opening round of the HSBC World Rugby Women’s Sevens Series 2020.

The event will be hosted at Infinity Park in Glendale, Colorado, from 5-6 October.

Fiji finished in tenth place in the 2019 series just surviving to remain as one of the core teams in the competition.

Canada and Australia were placed third and fourth respectively while Spain finished one place above Fiji.

Pool A has reigning champion New Zealand, England, Russia and Japan while 2019 runner-up USA is in Pool B with France, Ireland and newcomers Brazil.

In a statement on the World Rugby website chairman Sir Bill Beaumont said 2020 was going to be the biggest year on record for the HSBC World Rugby Sevens Series with more women’s and combined events than ever before and the series acting as key preparation for those teams competing at the Tokyo 2020 Olympic Games.

“2019 was a hugely successful season for rugby sevens with not only the quality of rugby on the pitch setting new and even higher standards but with record-breaking audience engagement figures with our online video content which received over 198 million views,” he said.

“This is extremely encouraging as we enter a new era for rugby sevens which promises to bring fans even more excitement both on and off the field.”

Beaumont said they were delighted that Los Angeles would again host the USA round of the men’s competition after such a successful Rugby World Cup Sevens in 2018 in San Francisco, which reached record attendance and broadcast figures.

“Rugby sevens is growing rapidly in popularity in the USA and with both men’s and women’s,” he said.

“Taking the event to Los Angeles will provide us with a great opportunity to reach new audiences,” Beaumont said.