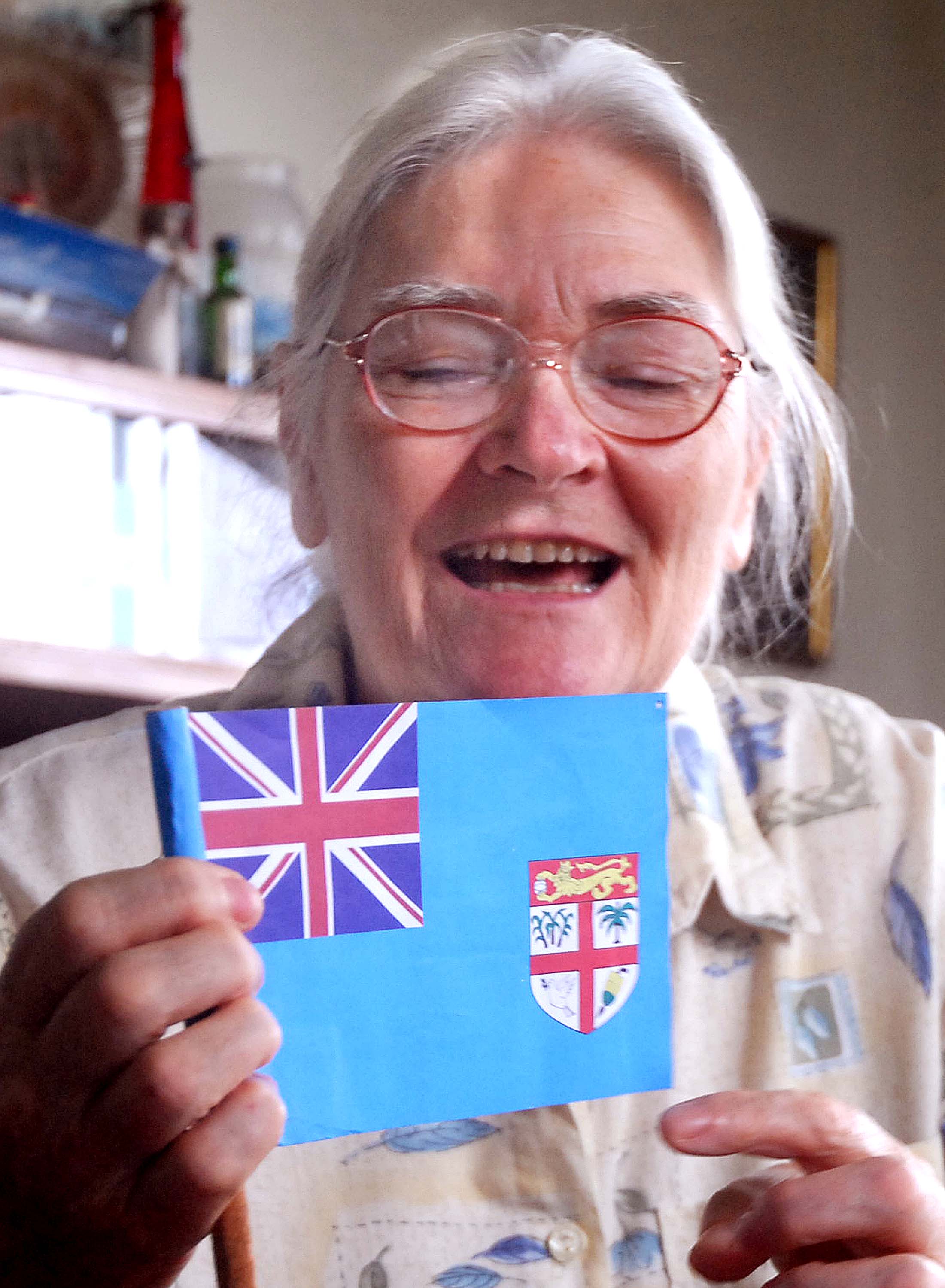 SHE’S known as the woman who designed the national flag banner blue.

A flag that today stands as a symbolic treasure of the country’s attainment of independence since 1970.

Tessa Mackenzie, a teacher by profession has made Fiji her home since 1961.

In search of a new Fiji flag, she was one of the thousands who heard and entered the national competition.

Today at 83 years old she fondly remembers her flag design being chosen 48 years ago — a moment she says she holds dearly to her heart.

“I think a flag is important for a country because it’s kind of your symbol and it’s your identity,” said Mrs Mackenzie.

“When you’re faced with the temptation (because the competition got me tempted to enter), it’s quite a big responsibility and I thought about it very carefully at that time. I wanted to try and so I looked at flags around the world and I thought well. To start with, I thought to keep the union flag because that’s our history. History is part of your make up and you can’t change it. With all history, there are some good and some bad and you learn from the history. If and when there are mistakes, then you learn from those mistakes and if there were things that went well, then you build on that.”

Mrs Mackenzie said she had looked around for a bit and thought blue which represented the sea was fitting because we were part of the Pacific Islands. 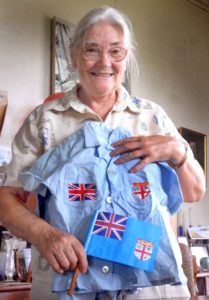 “Then the big question was, what do you put in the other part of the flag because you got to put something that’s Fiji,” she said.

“Things were different then. It was very much more Fijians, Indians and a few Europeans. And I thought of something Fijian, but anything I thought of that was a Fijian symbol wasn’t Indian. And any Indian symbol wasn’t Fijian and there was nothing that you could say, this was both. I was really getting to the stage where I thought, I couldn’t do it. I think it was my late husband who said — “What about the coat of arms?” which was on all the government stationery and still is and I said “no, no that’s too fussy” because it’s got the warriors and its got all the stuff.

“Suddenly I thought the shield from the coat of arms would be just right because it is Fiji. Its got sugar cane, its got coconuts, its got bananas, and its got Cakobau’s flag which is rather nice so it complements the union flag — because that’s a good bit of history. And it does acknowledge the I-Taukei side as being the original — the indigenous.”

The lion on the flag said Mrs Mackenzie is not a British lion, it’s a symbol of power — the idea was power.

“This country has got something and the fact that it’s holding a cocoa pod which may be ought to be a rugby ball,” she added.

She added the design for the national flag was selected as the result of a competition won jointly with Robi Wilcock.

“Now what I have to tell you is I’m not the only one who put that design,” Mrs Mackenzie said.

“There were two of us and the other person was an artist, so I’d like to acknowledge him every time because he was the artist. When Fiji had won a gold medal from Rio, I was really happy because it was also a chance to say this is us. The city put all those nice big flags on all their poles and the night before the procession down to the stadium, a lot of young men were up those poles with their flags waving and I thought that was lovely and great. I always think when 10th of October comes around, it’s a special day and it’s good to have a special day. It’s quite nice to feel we are together, you know it’s our day for Fiji and I also hope people who have been coming into the country in recent years become part of this too if they are going to stay. We need a Fiji Day to bring us together.” 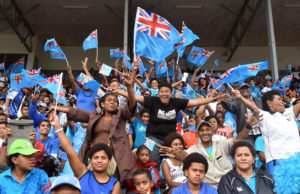 Rio celebrations at the National Stadium in Suva. Picture: File