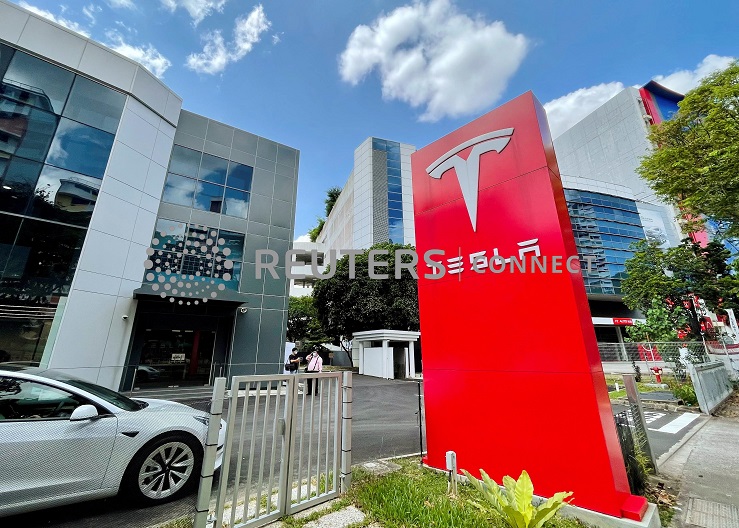 (Reuters) – Tesla Inc will host its annual general meeting on Thursday, with the world’s most valuable automaker’s proposal for a second stock split in as many years set to take center stage for investors gathered in Austin, Texas.

Also on the agenda are shareholder proposals for corporate governance-related items, including endorsing the right of employees to form a union and asking the company to report its efforts in preventing racial discrimination and sexual harassment annually.

The meeting comes as Tesla chief Elon Musk and Twitter Inc are slugging it out in a legal battle after the world’s richest person said last month that he was abandoning a $44 billion takeover offer for the company.

Musk owns 15.6% of Tesla, according to data from Refinitiv, after selling millions of shares over much of the last year.

Tesla first announced its plan to seek investor approval to increase its number of shares in March, two years after a five-for-one split helped bring down the price of the high-flying stock within the reach of ordinary investors. Tesla is now proposing a three-for-one split.

Tesla shares, which debuted at $17 apiece in 2010, rose to more than $1,200 late last year after the 2020 stock split, taking the company’s market capitalization above $1 trillion.

While a split does not affect a company’s fundamentals, it could buoy the share price by making it easier for a wider range of investors to own the stock.

Tesla shareholders will also vote on the board’s proposals to reduce the term of its directors to two years from three as well as re-elect Ira Ehrenpreis and Kathleen Wilson-Thompson.

A shareholder proposal, asking the board to enable large and long-term stockholders or groups with at least 3% of the company’s shares to put competing director candidates on the company ballot will be put to vote at the meeting.

Tesla in its proxy filing said this may create an opportunity for special interests that seek only short-term returns rather than having the company’s long-term interests in mind.

In a board proposal, the company asked shareholders to approve removing some supermajority voting requirements, saying that it would give its “stockholders a greater voice”.

(Reporting by Ankur Banerjee and Akash Sriram in Bengaluru; Editing by Anil D’Silva)