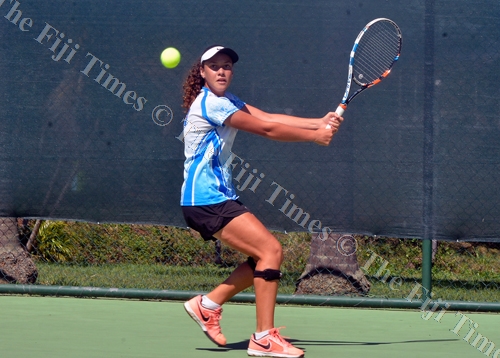 THE second Ultimate Fiji Tennis Cup tournament will serve as a learning experience for the selected junior players in the country against their Australian counterparts.

The tournament will start today and run until Monday with matches being played at the various courts in Nadi, Denarau Island and Lautoka.

A total of ten Fijian players will pit their skills against five Australians who are aged between 10-14 years of age.

Ultimate Fiji Tennis Cup director Bruce Tilt said they were excited to help Tennis Fiji in the development of the sport here.

“We are very proud to partner with Tennis Fiji on this project and hope that in the coming years there will be broader development which will take players to higher levels,” Tilt said.

“The tournament is just in its second year but it is already generating interest in Australia and also in Fiji. Tennis Fiji junior national coach Krishneel Kumar has been a key supporter in ensuring there is an opportunity for all Fijian players to participate as a result we want to see the tournament grow in the coming years.”