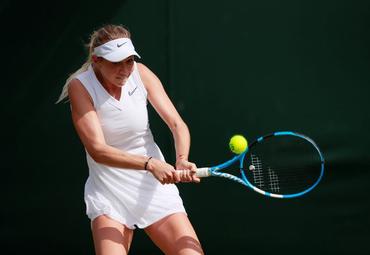 (Reuters) – American teenager Amanda Anisimova claimed the third victory of her career over a top-10 player on Monday by stunning fifth seed Elina Svitolina 6-3 6-3 in the Qatar Open second round.

Anisimova, who last beat a top-10 opponent on the way to her first Grand Slam semi-final at the French Open last year, struck 27 winners in a display of relentless aggression and saved all three break points on her own serve.

Svitolina, who finished the 2019 season as runner-up to Ash Barty at the WTA Finals, has struggled this year, having reached just one quarter-final at the Thailand Open after a third-round Australian Open exit.

The Ukrainian struggled to land her first serve during most of the contest and her poor shot selection ultimately proved her undoing.