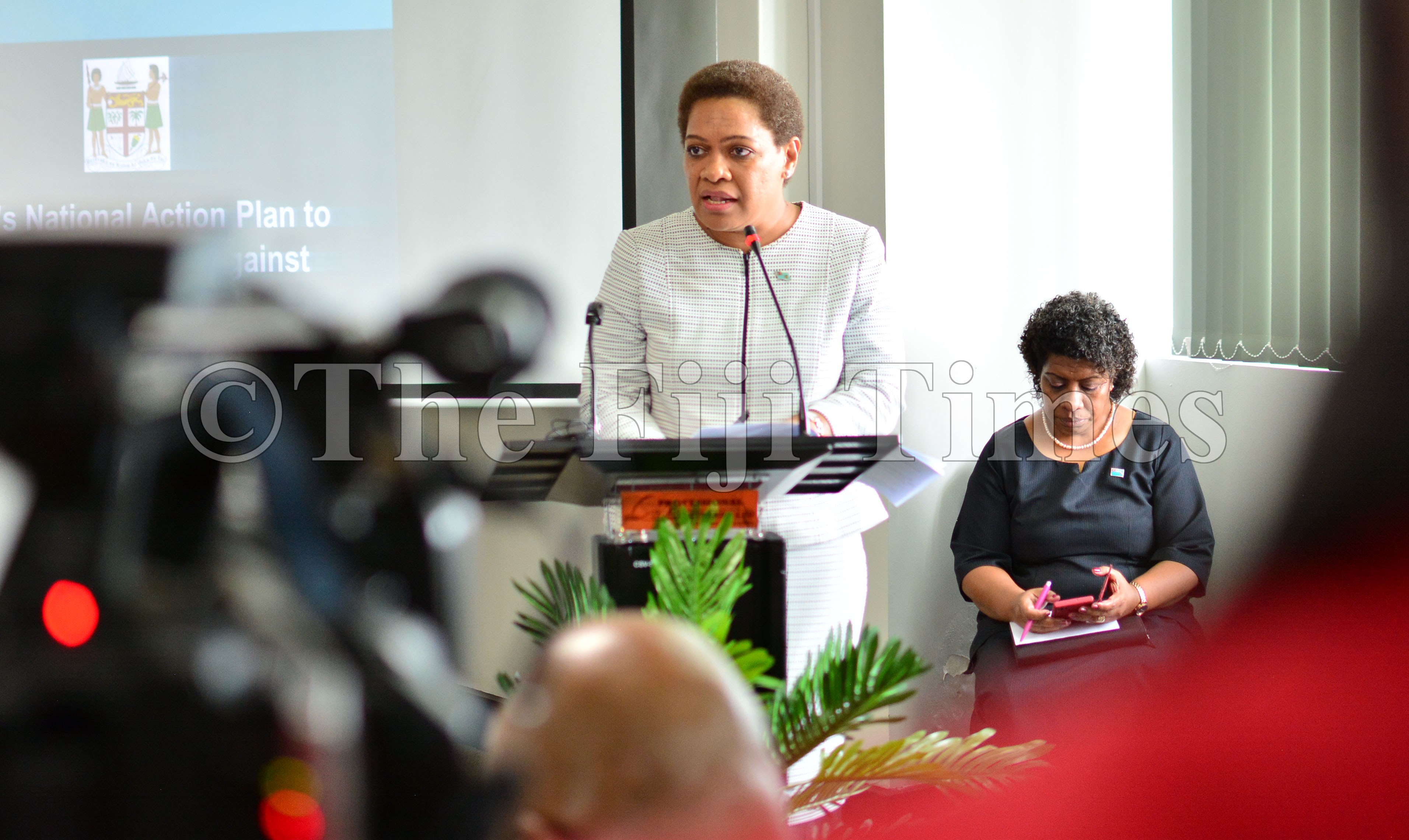 Minister for Women, Children and Poverty Alleviation, Mereseini Vuniwaqa speaking at the launch of the national action plan on the prevention of violence of Women and Girls. Picture: JOVESA NAISUA/FT FILE

Ten women were killed by their intimate partners through violence last year.

Minister for Women, Children and Poverty Alleviation Mereseini Vuniwaqa revealed this while officiating at the Development of the Fiji National Gender Based Violence Shelter Standards workshop at Tanoa Plaza Hotel in Suva yesterday.

She said gender-based and domestic violence did not only pose a devastating impact on the family and survivors but affected the future generation.

Mrs Vuniwaqa said gender-based violence or violence against women and girls was another pandemic that had consumed our society for centuries.

“We are aware that this issue is not only devastating for the survivors of violence and their families but also entails significant social and economic costs,” she said.

Mrs Vuniwaqa said numerous studies had shown that children growing up with violence were more likely to become survivors themselves or perpetrators of violence in the future.

She also said gender-based violence was one issue that affected women and girls of all socio-economic backgrounds as it had no social or economic boundaries.

She said the workshop was aimed at bringing key stakeholders together to discuss current practices and key recommendations for moving forward with the development of national standards.