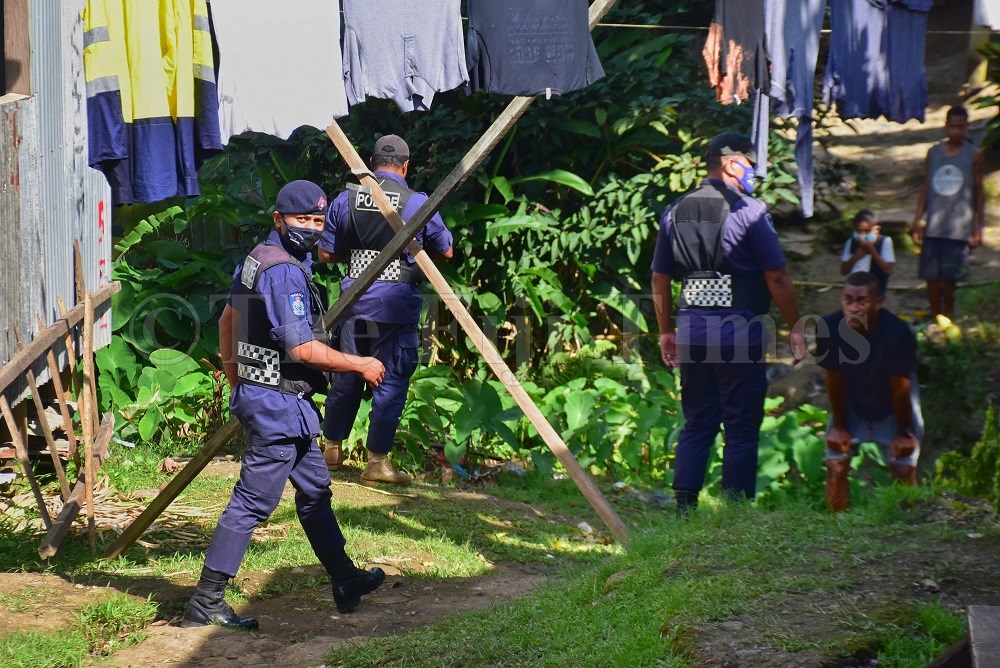 Police officers search for suspects believed to be part of a brawl in Jittu Estate in Raiwaqa, Suva. Picture: SOPHIE RALULU

Three teenagers are in police custody as a result of the huge brawl which erupted at Jittu Estate, Suva, and spilled out on to the streets last Sunday.

Police spokeswoman Savaira Tabua said two of the three suspects, a 17-year-old and an 18-year-old, were arrested on Sunday while a 19-year-old was taken in yesterday.

“They are believed to be the instigators behind the brawl that went viral on social media,” she said.

She also said police were expecting to bring in more people as investigations into the matter continued.

A video of the brawl showed a group of young men involved in a free-for-all punch-up and some who fell were kicked and dragged by assailants.

Teenagers involved in the fracas were also caught on camera.

The Fiji Times was at Jittu Estate yesterday when officers chased a youth who was also believed to be involved in the brawl.