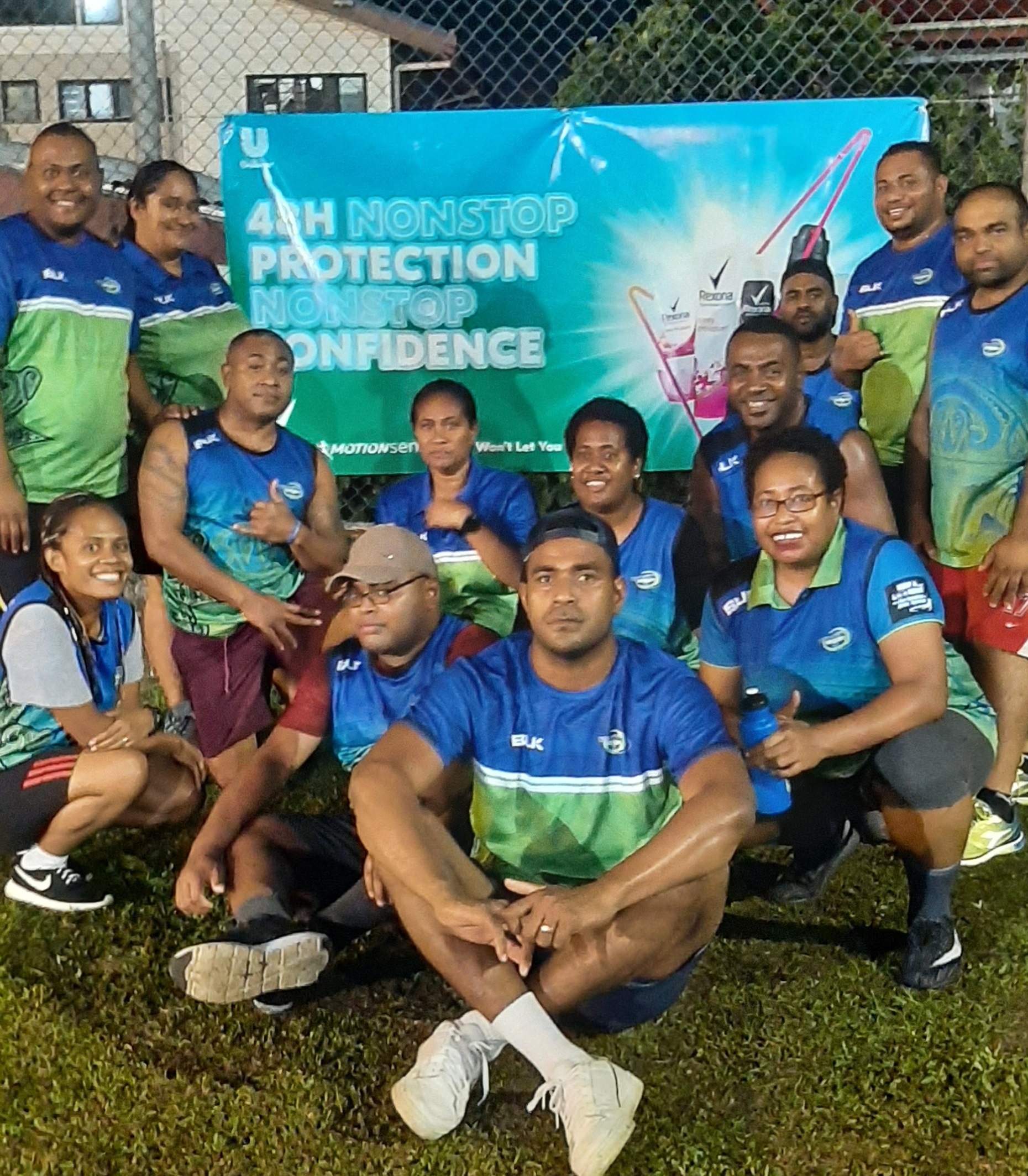 One of the participating teams in the Rexona 2022 Mixed Volleyball League in Suva. Picture: SUPPLIED

The National Netball Centre in Suva was a hive of activity as the eighth round of the Rexona 2022 Mixed Volleyball Business League competition took place in an electrifying atmosphere on Wednesday night.

Tournament organiser Alan Kumar of Bula Events Group confirmed 44 games were played as teams were battling for a spot in the quarterfinals.

“With the elimination rounds now over, we move into the quarter-finals next week with eight teams each vying for the top spot in the cup, plate, bowl and shield categories respectively,” Kumar said.

“So come next Wednesday, we will have a round-robin system and four teams from each category will qualify for the semifinals followed by the main finals that will be held two weeks later.

It is so encouraging to see the level of participation both from players and fans for the past eight weeks and I can proudly say we have been very successful in promoting healthy living and gender equality through volleyball this time around since our ultimate aim is to reduce the alarming levels of non-communicable diseases (NCDs) in the country.”

The ninth round of games featuring 32 remaining teams (eight each in the four different winning categories – cup, plate, bowl and shield) will enter the quarter-finals at the same venue on Wednesday next week.

“The team has been playing together for a while and secondly the bonding between the players is leading us to be one of the favourites to win,” Moceica said.