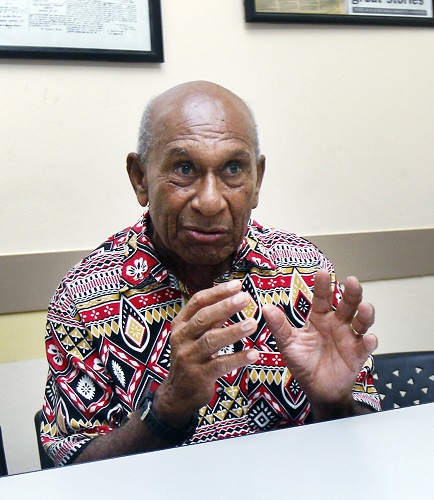 FORMER Fiji rugby team captain and fullback Pita Nacuva believes the strength of the Flying Fijians in the Rugby World Cup is through teamwork.

Nacuva, who was the team manager for the Flying Fijians in the 1999 World Cup said Fiji was probably one of the teams that had most star players from clubs in Europe.

He said the John McKee-coached team had the calibre and strength on the field and if the players combined well, no team could stand in their way.

“Rugby has turned professional nowadays compared to the amateurs back in the days. Most of our players are highly rated individuals in the world and if they can work and play as a team, then we will create history in the Rugby World Cup.”

Fiji has been dubbed by many rugby analysts and former players to be one of the most talented packs in the RWC.

Nacuva said with the right combination, no team could stop the Fijians from flying in every RWC game.

“We have a strong team with a dangerous back line and confident forwards, but the boys should bear in mind that talent wins games, but teamwork and mental fitness win the championship,” Nacuva, who was known in rugby as Pita Kewa, said.

The former diplomat and speaker of Parliament was a utility backline player for Fiji back in the 1970s and he believes in mentality rugby to be a winning key factor for teams in rugby competitions.

“We were amateurs and physical fitness was the only way to win a match.

“Nowadays rugby has turned professional and even with less physical fitness and more of mental fitness, we can still win the game, but it can only be done through teamwork.” Fiji plays its first match against Australia on September 21.