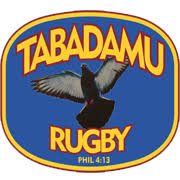 THE Tabadamu 7s team and its club suffered a major blow after their team manager Leo Naikasau suddenly collapsed during the first pool match against Army Green during the 33rd Fiji Bitter Nawaka 7s yesterday and was pronounced dead upon arrival at Nadi hospital.

Naikasau was on the sideline for the fixture when he suffered a heart attack.

He was rushed by the medics to the Nadi hospital but did not survive.

Naikasau was the elder brother of former Fiji 7s captain Setefano Cakau and both of them established the Tabadamu Club.

“He had great vision for the club and always looked after the welfare of the players,” Raisele said.

“It is a sad day for us and we mourn his loss.”

A minute silence was observed before the elimination match between Tabadamu and Uluinakau in his memory last evening.

The Fiji Bitter Nawaka 7s tournament will continue today with the cup final expected in the afternoon.

COVID-19: Government services will not be reduced – A-G