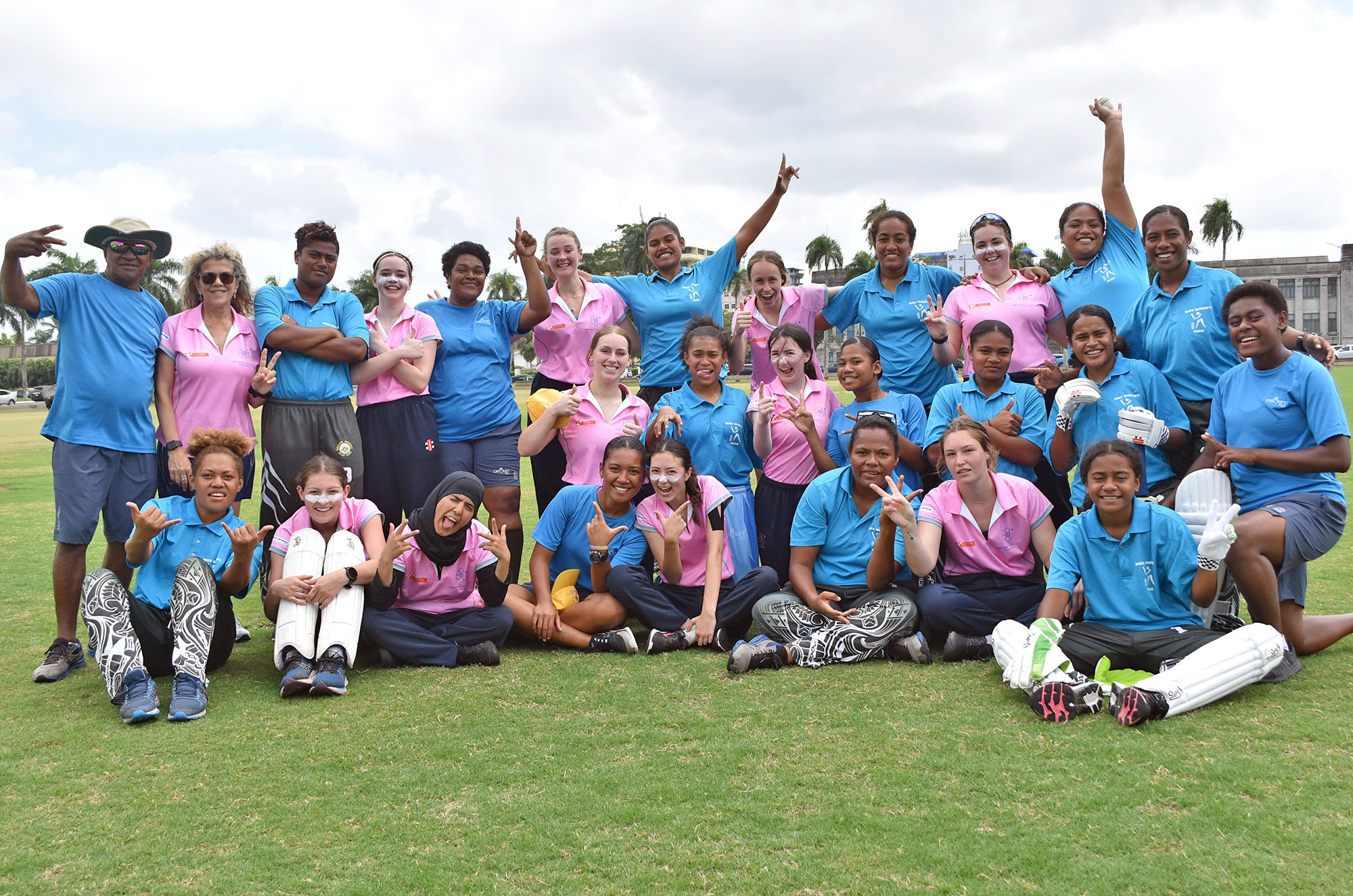 Members of the touring Cricket Without Borders of Australia pictured with Cricket Fiji players at Albert Park in Suva on Wednesday, September 21, 2022. Picture: JONACANI LALAKOBAU

The Cricket Without Borders women’s team based out of Melbourne in Australia will today complete its week-long tour to Fiji.

Team founder Clare Cannon said the tour had been very productive for the women’s team.

“So we are a development team. We have players from Victoria. One player is from Afghanistan while another is from Japan, both of whom are now based in Australia,” Cannon said.

“Our aim was to provide some competition to the Fiji women’s cricket team and at the same time get the girls to experience the tour.”

The side played three matches against the Fiji women’s side and managed to win one. Cannon says the tour, the second for the group to Fiji, has been a good learning experience.

“We last came in 2015. It is after seven years we came here again, and all I can say is that it was fantastic,” she said.

“We managed to visit schools and pass on the cricket knowledge to them as we know that this is a sport which is great for girls.”

The side returns to Australia tomorrow. Meanwhile, the Fiji women’s cricket side will play Vanuatu in a friendly series on October 3-8 before they compete at the World Cup Qualifiers.