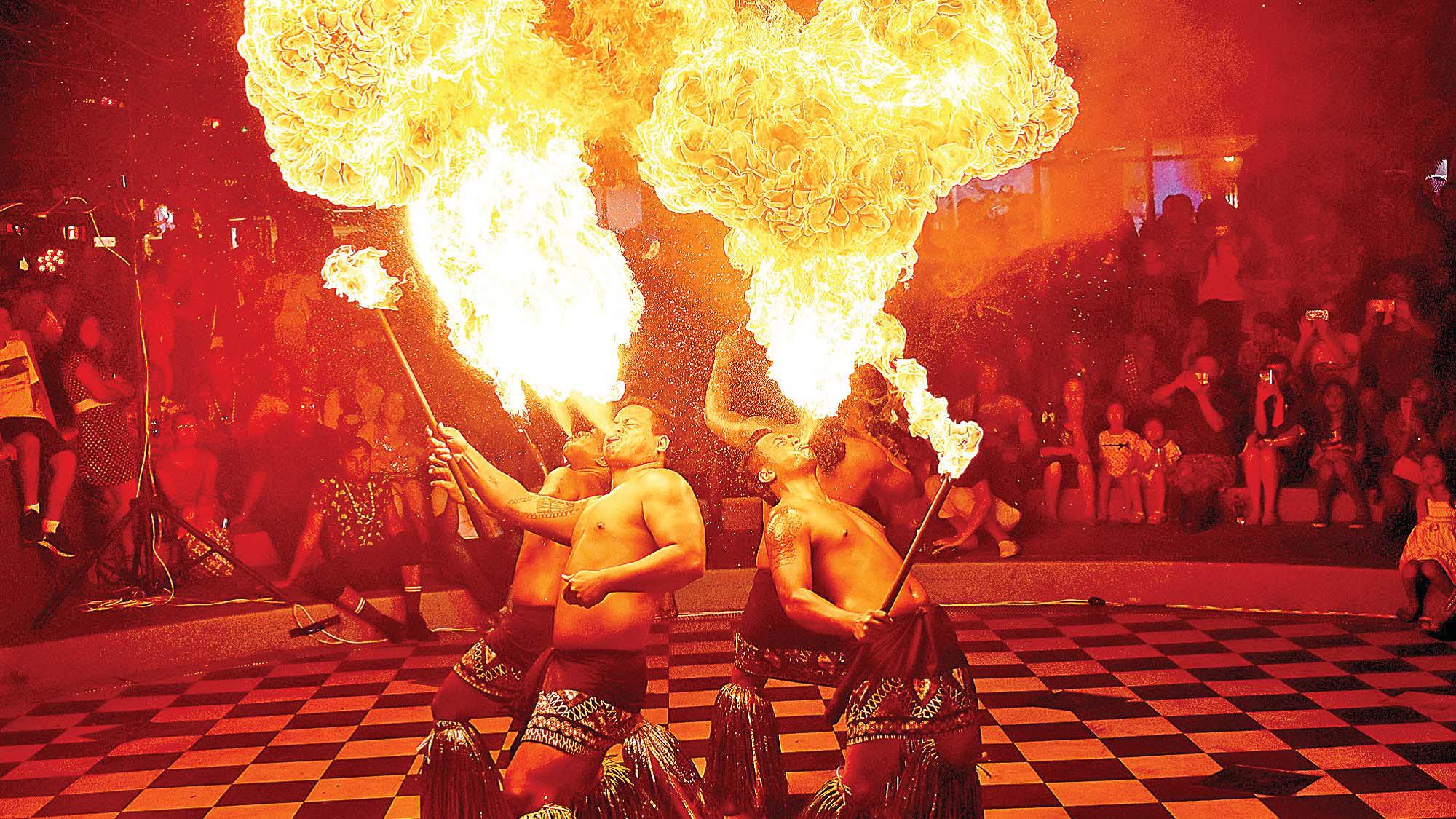 Members of the Siana Entertainment Group perform a fi re dance during the New Year celebrations at Port Denarau in Nadi. Picture: BALJEET SINGH

TROPICAL depression TD03F spoilt the party for revellers planning an outdoor celebration to ring in the New Year.

Street parties planned for Suva were cancelled in anticipation of heavy rain and strong winds forecast by the Fiji Meteorological Service.

Revellers took to the clubs instead or partied at home in the Capital City.

A team from this newspaper visited a number of normally raging party venues in the Western Division and found crowd numbers were down from what they used to be in previous years.

Port Denarau, Nadi, normally a sea of people on New Year’s Eve, was relatively quiet this time around.

However, for the few who turned up, the Siana Entertainment Group did not disappoint with a spectacular fire dance.

In Lautoka, the most popular place to welcome in the New Year — the Northern Club — was bereft of its regular partygoers