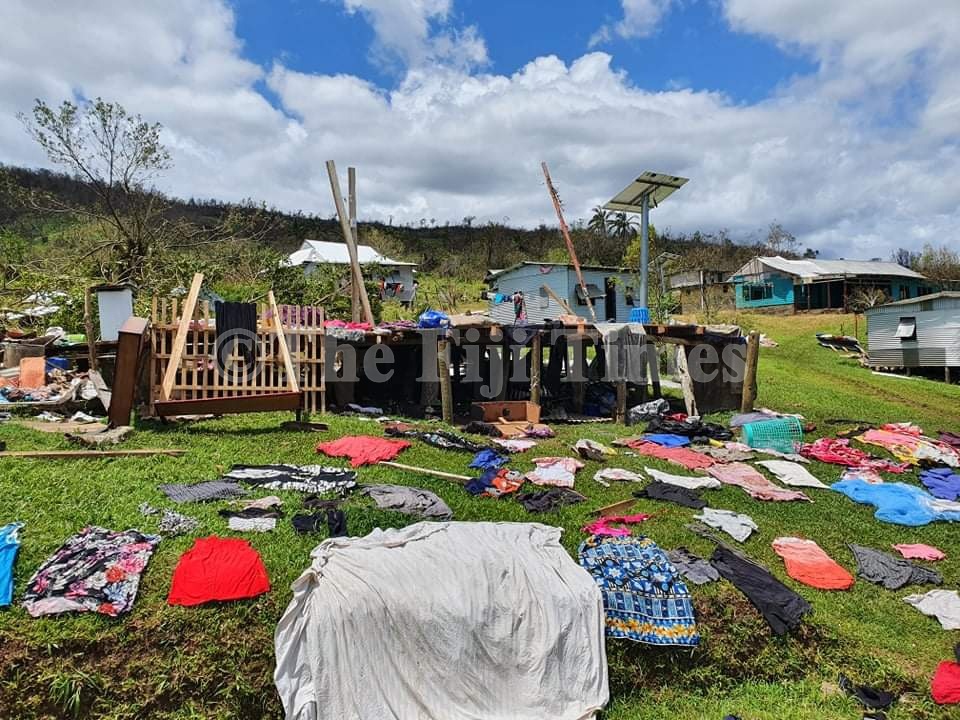 A home in Nasawana, Bua which was destroyed by TC Yasa. Picture: JOSAIA RALAGO/FT FILE

Movement of people into cyclone-affected areas is being discouraged after two reports of typhoid cases on Vanua Levu.

Though these cases are not related to STC Yasa, Minister for Health and Medical Services, Dr Ifereimi Waqainabete believes preventative measures should be followed to prevent any outbreaks.

“Both cases are in Macuata and we have treated them and we have learnt good lessons from it such as reducing movement of people,” he said.

“And the National Disaster Management Office has also made this known in discouraging unnecessary movement of people into cyclone-affected villages.

“The only purpose is to prevent the spread of leptospirosis, dengue and typhoid. One of these cases is from a relative who visited them and is a known typhoid carrier too.”

The other case, Dr Waqainabete said, was linked to a kava session in the village.

“So practise good and healthy hygiene like washing of hands and people still in the festive mood, they need to take heed.

“Our teams have visited them in their villages and have also attended to other health-related issues.

“We have also noticed that people move right into building their houses after the cyclone and defer their visit to the hospitals.”

Meanwhile, health officials have referred sick people to the hospitals.