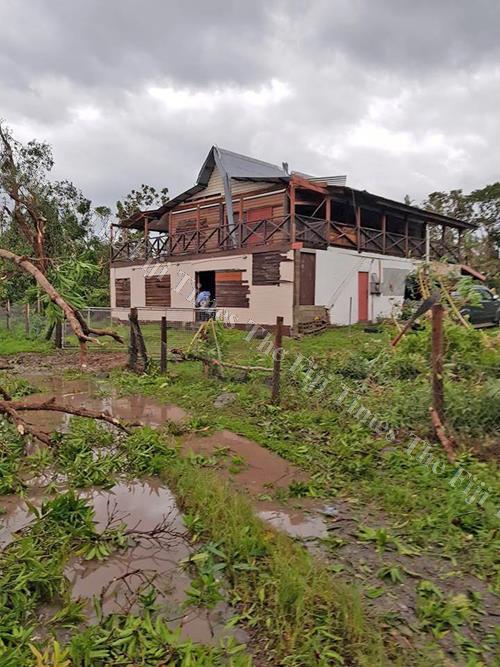 VILLAGERS of Namuana in Kadavu could only watch helplessly as Severe Tropical Cyclone Keni wreaked havoc on the island.

Villagers who contacted this newspaper yesterday claimed six houses were totally damaged while remaining structures had also been partially damaged.

Waves two metres high crashed into the village lawn, entered houses and swept back into the sea whatever crossed its path.

Namuana villager Sera Tukana claimed eight families were evacuated to her house — the safest dwelling in the village. She also claimed the jetty at Vunisea was damaged as a result of the storm surge.

“We sat in my house and watched huge waves roll onto the village lawn and smash fibreglass boats tied to trees in the village,” Ms Tukana said.

“Strong wind and storm surges affected Kadavu for about one and half hours — from 3pm and ended about 4.30pm.

“It was not an easy experience watching Severe TC Keni damaging structures.”

“We can see the jetty clearly from our house and we can see part of it damaged and submerged.

“Elderly people in our village were all carried to our house which was being used as an evacuation centre (unregistered).”