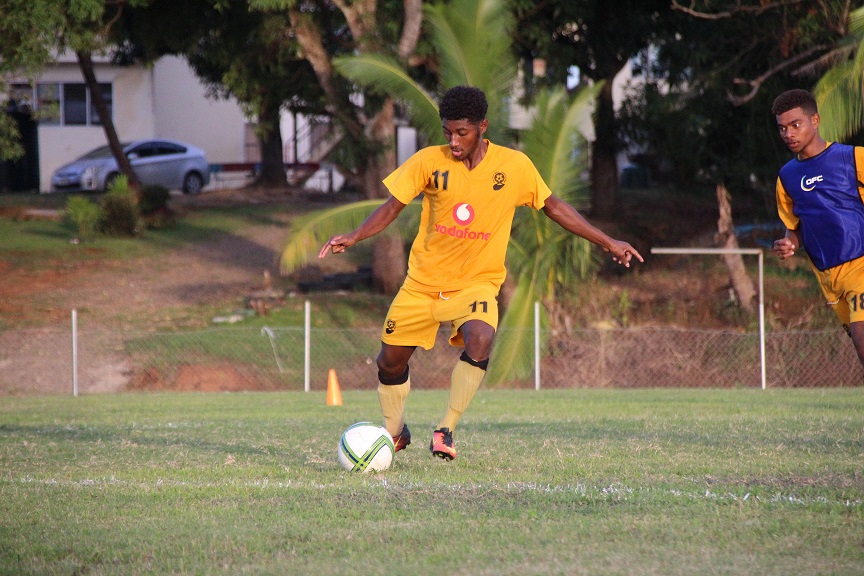 AFTER recovering from a serious leg injury, Tavua Football star striker Ratu Kaliova Dau is set to make a strong comeback in this year’s OFC U-19 Championship 2018.
The 18-year-old has been named in the Vodafone Fiji U19 extended squad in preparation for their playoffs later this year.
Dau was also an instrumental playmaker for the giant killers Tavua in the Vodafone Fiji FACT last weekend after a complete recovery of almost one year.
“I did not play football for about a year because I wanted to fully recover before wearing my boots once again,” he said.
“I’m back in action and once again giving in my best during the training sessions so that I make it to the final squad.”
Dau had sustained a serious leg injury (fracture) during the 2017 Oceania Football Confederation (OFC) U17 playoffs against Samoa which ruled him out of football for months.
He said the journey to make it to the final squad in the Vodafone Fiji U17 squad had been tough, unfortunately the campaign ended early for Dau after getting in their second group match.
The OFC U-19 Championship 2018 will be played from August 5-18 with Fiji being grouped with Vanuatu, Solomon Islands and New Caledonia.