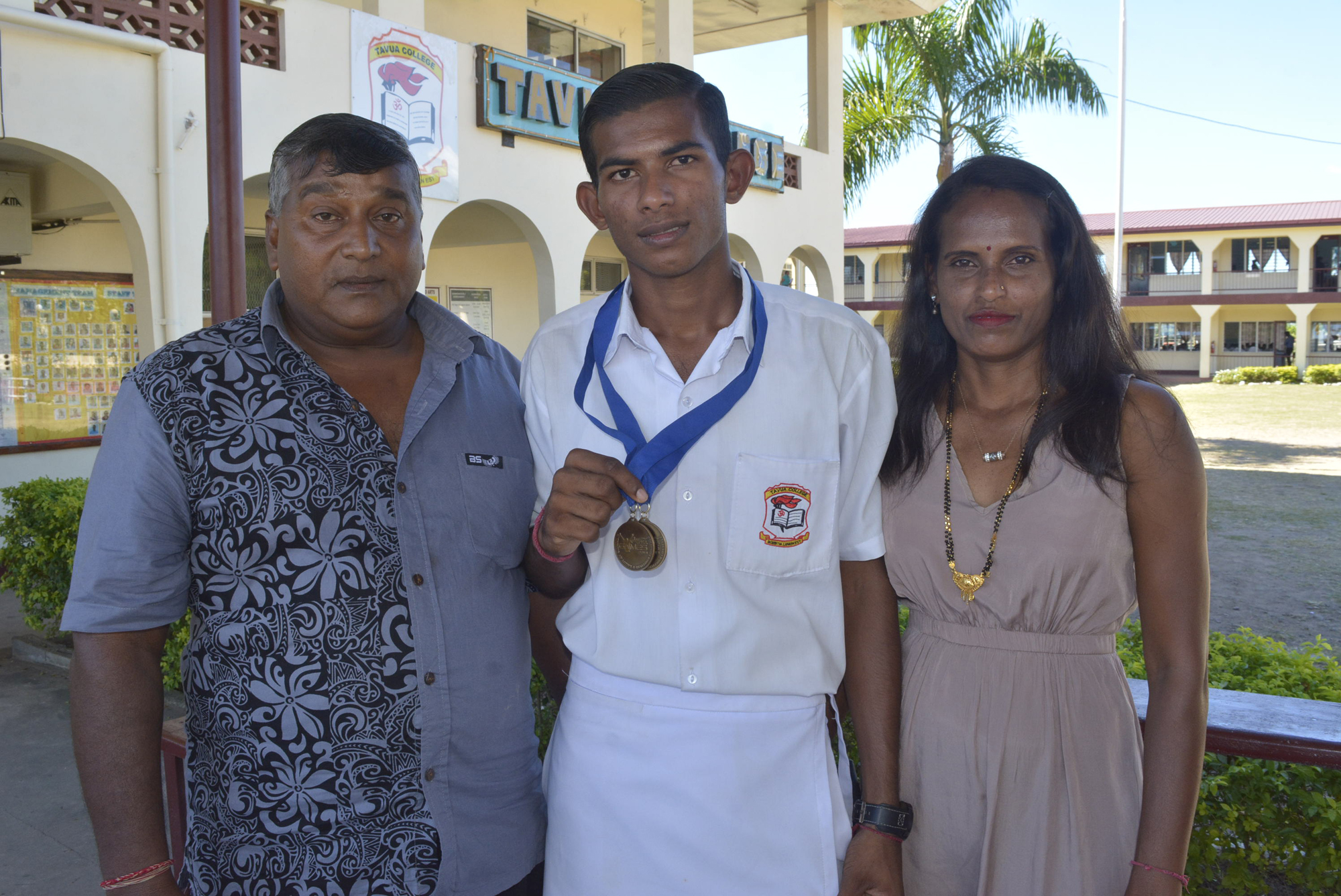 Yeshnil Karan (centre) with parents Arvin Kumar and Saleshni Devi during the celebration of his achievements by Tavua College yesterday. Picture: REINAL CHAND

Karan surprised many to finish first in the open boy’s 1500metre and 3000m events at the ANZ Stadium in Suva.

Minister for Youth and Sports Parveen Kumar, who was the chief guest at yesterday’s function, said Karan’s start in the sport resembled that of veteran runner Shri Chand who is commonly known as ‘Mushroom’.

“About 49 years ago in Batinikama, Labasa, a young man started running just like Yeshnil,” the Sports Minister said.

“For nine years, Chand participated and competed in local events before being selected to represent Fiji at the 1979 South Pacific Games. He went on to represent Fiji in many international competitions and is still running at the age of 66 years.”

There was a lot of controversies when Yeshnil was not selected in the Team Fiji squad for the upcoming Pacific Games in Samoa despite his success at the Coca-Cola Games.

Athletics Fiji remained adamant that Yeshnil did not meet the standard qualification times for the regional competition.

Kumar said he needed to set the record straight as his involvement as the Minister for Sports in this saga.

“As the Minister for Sports and for the ministry, our role is a facilitative one for all Fijians,” he said.

“As the general rule, the minister and the ministry does not interfere or dictate to the national organisationss. We built consensus and dialogue with Athletics Fiji and agreed on the course of action taken.

“We will take an interest and look forward to seeing new pathways being established so young athletes like Yeshnil are given opportunities to realise their full potential.”

Yeshnil said his two gold medals at the Coca-Cola Games was a dream come true but it was achieved after a lot of hard work.