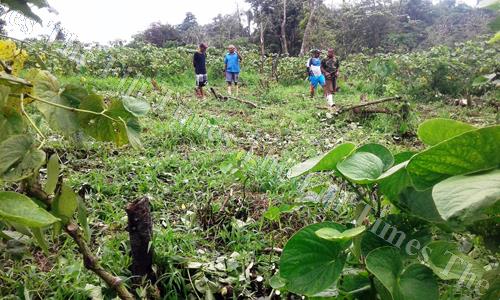 PROPERTY owners in a commercial farming community on Taveuni claim inaction by authorities has made them victims of repeated thefts and harassment by thugs.

This despite repeated complaints lodged with Police and a current ban on green yaqona trade on the island.

“Noting the fact that there are still reports received (from Taveuni), our officers have been working hard through the Duavata Community Policing to link up with farmers and particularly traders to monitor this issue,” Fiji Police spokesperson Ana Naisoro said.

Lured by the price of yaqona in the local market, thieves have ravaged farms for years, uprooting plants in the thousands, often under cover of darkness.

About 3500 plants were stolen from Ram Lal’s farm alone when he travelled to Suva for a recent medical check-up.

Cattle and sheep farmer Ross Brodie claimed one of his cows died after it was knifed by thugs while a calf was savagely attacked.

“We’ve been persistently threatened. Some individual farmers have had their properties damaged or stolen.

“The bottom line is we are being terrorised,” Naiyalayala co-op secretary Ian Simpson said.