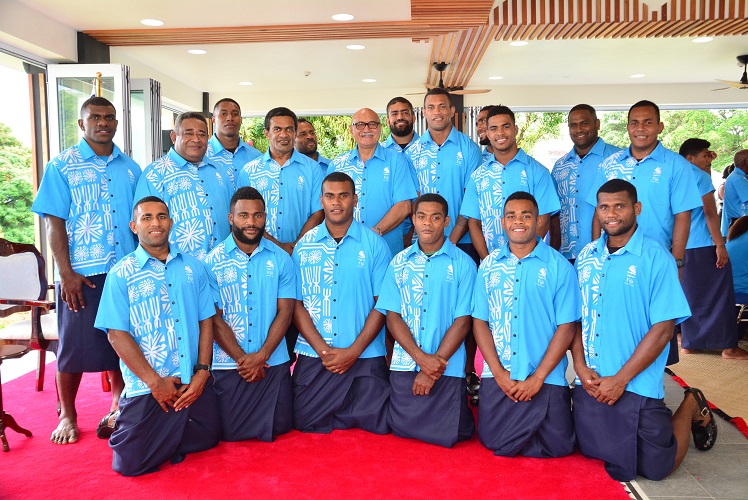 The Fiji Rugby League team with President Jioji Konrote after the presentation of Team Fiji's iTatau at the State House in Suva yesterday. Picture: JOVESA NAISUA

VODAFONE Fiji Bati nines coach Vulaono Dakuitoga has set his players on a three pronged approach as the team finalises preparations before departing for the Pacific Games in Apia, Samoa later this week.

Despite the routine physical preparation, Dakuitoga has focused on psyching his players mentality as well.

“You cannot win games if you are not already mentally prepared going into it,” Dakuitoga said.

“That is why with the aid of mentors we instil in our players three basic principles.

Dakuitoga said in order for the win to be achieved they needed to adhere mentally to three basic rules.

Believe in the system and that the target is achievable, knowing that they will display the best performance they can give in every game and that the game plan and strategies set in place will bear fruit.

“Again it is not rocket science to achieve results,” the former Fiji Bati player added.