Tanivula: ‘Get behind our team’ 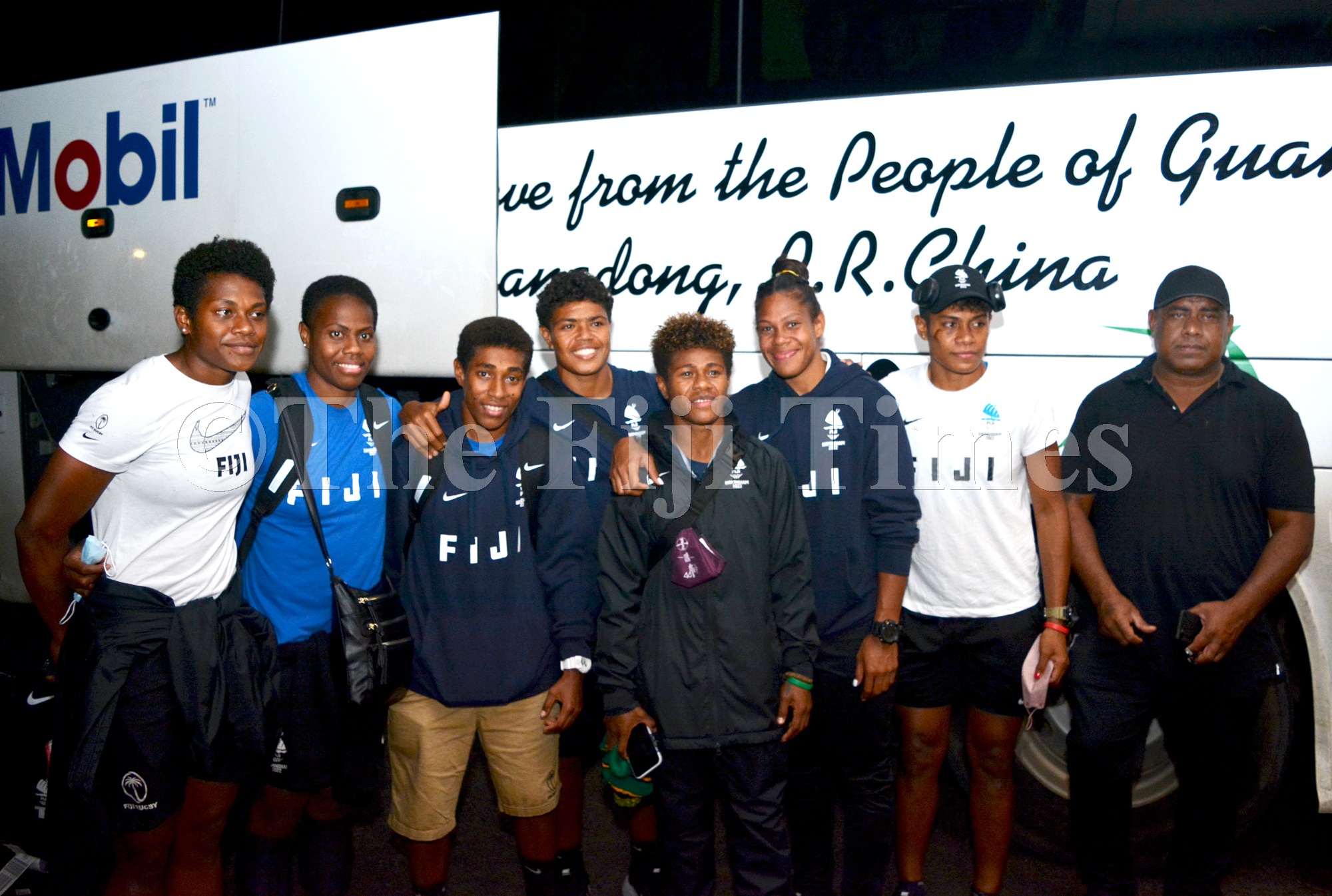 Part of the Fijiana sevens side at Nadi International Airport on Sunday night. Picture: BALJEET SINGH

Former Fiji men’s and women’s 7s coach Iliesa Tanivula is calling on fans to get behind the teams as they prepare for the Rugby World Cup 7s in South Africa next month.

With the 2022 Commonwealth Games now behind us, all focus is moves to Cape Town for the September 9-11 tournament for the pinaccle of the abbreviated code.

The Fiji men’s and Fijiana sides secured silver medals from the Commonwealth Games after bowing out to South Africa and Australia respectively in the gold medal match play-offs.

Despite not winning gold, Tanivula urged fans to get behind the teams.

“They did their best at the Games and now the focus is on the world cup,” said Tanivula.

“We should all be proud of what they have achieved to perform against some of the best around the world.

“I know there are a few more tournaments coming up where they can build and find their form again.

“We cannot win all the time and this is the moment where all fans should rally and get behind our national team.

“National support is always important for any team and the players in both the men’s and Fijiana team will need it as they gear up for the world cup.”

Meanwhile, Fijiana 7s coach Saiasi Fuli said the team’s marked improvement at the Birmingham Commonwealth Games in England was seen as a step in the positive direction for the sport.

In Birmingham recently, Fiji lost to Australia 12-22 in the gold medal play-off, settling for the silver medal.

“It is like what we agreed and collectively set to go into the Commonwealth Games,” Fuli said.

“It was a major tournament so we had like one shot at it but we missed out on the gold medal. But I’m really content with what we have really achieved despite losing some players to injuries.

“It was a good outing for the girls in the way that they have developed individually as players. Also how well we balanced and managed to get through those two days in that Commonwealth Games.

“Now it is trying to get back into shape to be back in the next tournament.”