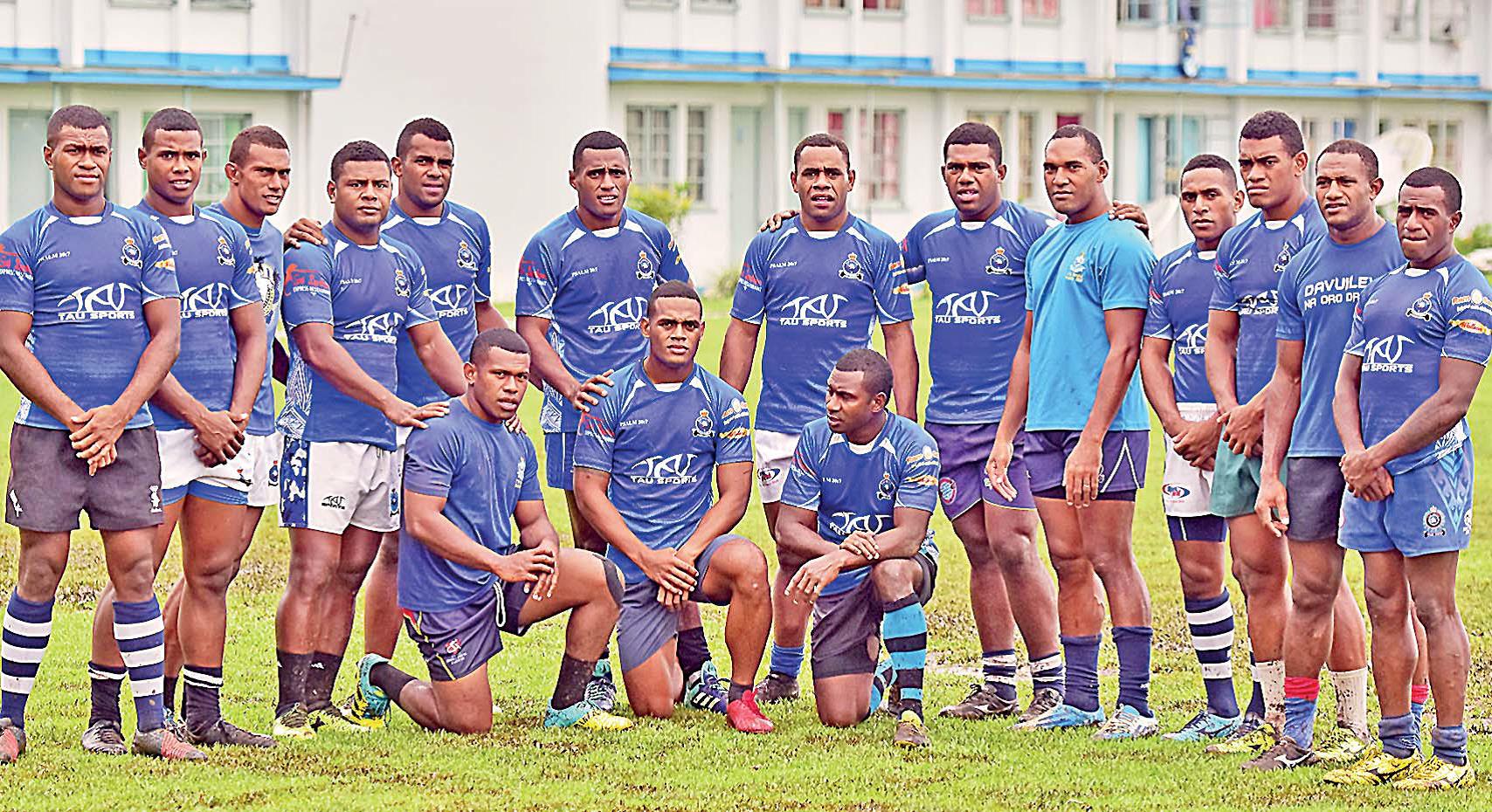 Members of the Police 7s team after a training session at the Nasova grounds yesterday. Picture: RAMA

THE Fiji Police Force’s latest recruit Special Constable Kitione Taliga will be an added boost to the Police rugby sevens team when they defend the McDonald’s Fiji Coral Coast Sevens title next weekend at Lawaqa Park in Sigatoka.

Police team manager Gaunavou Vakalevei said Taliga came with a lot of depth and they knew he would mix well with the team next weekend. Taliga was sworn in as a police constable last Friday and is based in the Western Division.

“This is not his first time to represent Police, but it will be as an officer.”

Despite the heavy conditions, the Fiji Airways Fiji 7s team took to the paddock in Nasova yesterday as the team ironed out the final touches before the campaign begins for the defence of the Coral Coast 7s title.

“Our squad has what it takes to defend the title, but that can only be achieved with hard work and not just words,” Vakalevei said.

Although with some notable names in the team such as Keponi Paul, Livai Ikanikoda, Ratu Meli Kurisari and Josefa Kuricuvu to name a few, Vakalevei said they were putting the little time they had together to good use on the training ground under coach Sale Tubuna.

“Coming out of the festive season, we hardly have a session where the squad is all together at one moment due to our officers taking part in operations around the country.”

Police will be out two defend two titles this season, the Coral Coast and the Nawaka Sevens titles.

Vakalevei said despite the names in the side they were not ruling out their pool which they had labelled a pool of death.

“All the teams in our pool are giant-killers. We respect them and will let the outcome for each game and the tournament be decided at Lawaqa Park.”