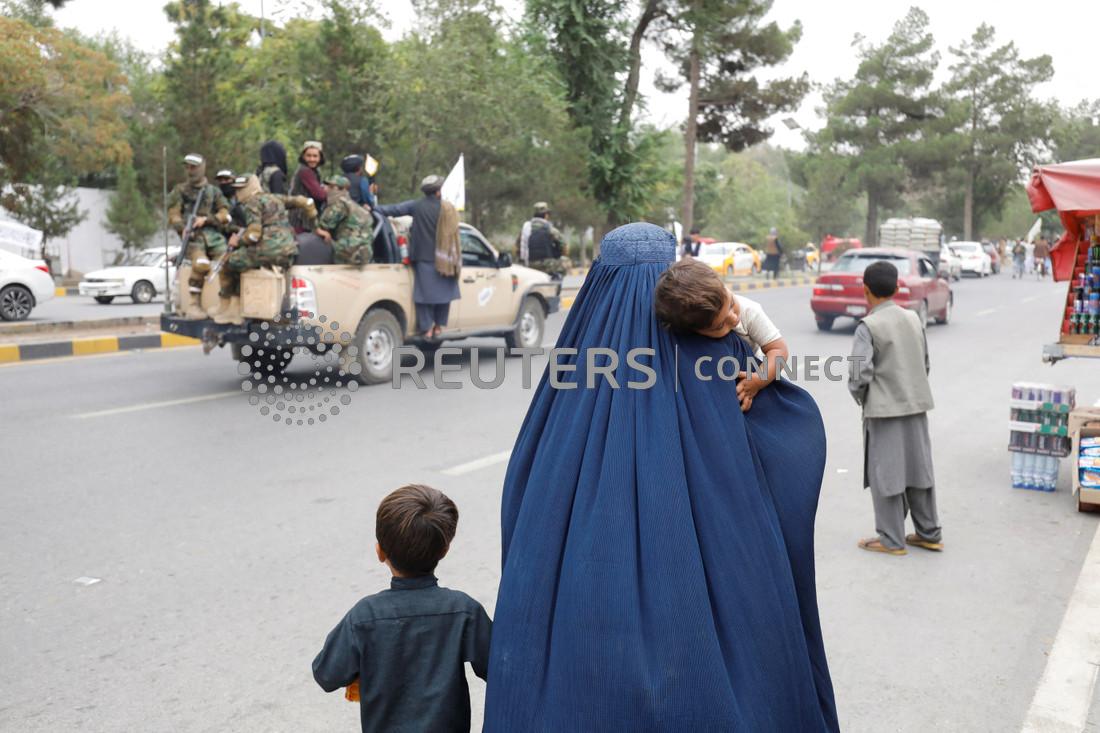 An Afghan woman walks with her children on the anniversary of the fall of Kabul on a street in Kabul, Afghanistan, August 15, 2022. REUTERS/Ali Khara

BRUSSELS (Reuters) – The European Union urged the Taliban to change tack and uphold the rights of women, girls and minorities on Monday, one year after the Islamist group took power in Afghanistan.

In the 12 months since the chaotic withdrawal by the United States and its allies, some Afghans have welcomed improved security but struggled with poverty, drought, malnutrition and the fading hope among women that they will have a decisive role in the country’s future.

Afghanistan is physically safer than it was when the hardline Taliban was fighting against U.S.-led foreign forces and their Afghan allies but there are huge pressures on the economy, caused in large part by the country’s isolation as foreign governments refuse to recognise its rulers.

Development aid upon which the country relied so heavily has been cut as the international community demands that the Taliban respect the rights of Afghans, particularly girls and women whose access to work and education has been curtailed.

“One year after the Taliban took over control of Afghanistan, the humanitarian situation has worsened, and wide-spread human rights violations are rising, in particular against women, girls and minorities,” EU foreign policy chief Josep Borrell said on Twitter.

“I call on those de facto holding power in Kabul to reverse these unacceptable decisions and behaviours,” he added.

Roughly 25 million Afghans are now living in poverty – well over half the population, and the United Nations estimates that up to 900,000 jobs could be lost this year as the economy stalls.

Civil society and independent media have also shrunk, with many of its members leaving the country. The U.N. mission to Afghanistan said in a recent review the group was limiting dissent by arresting journalists, activists and protesters.