Taking Fiji to the peaks 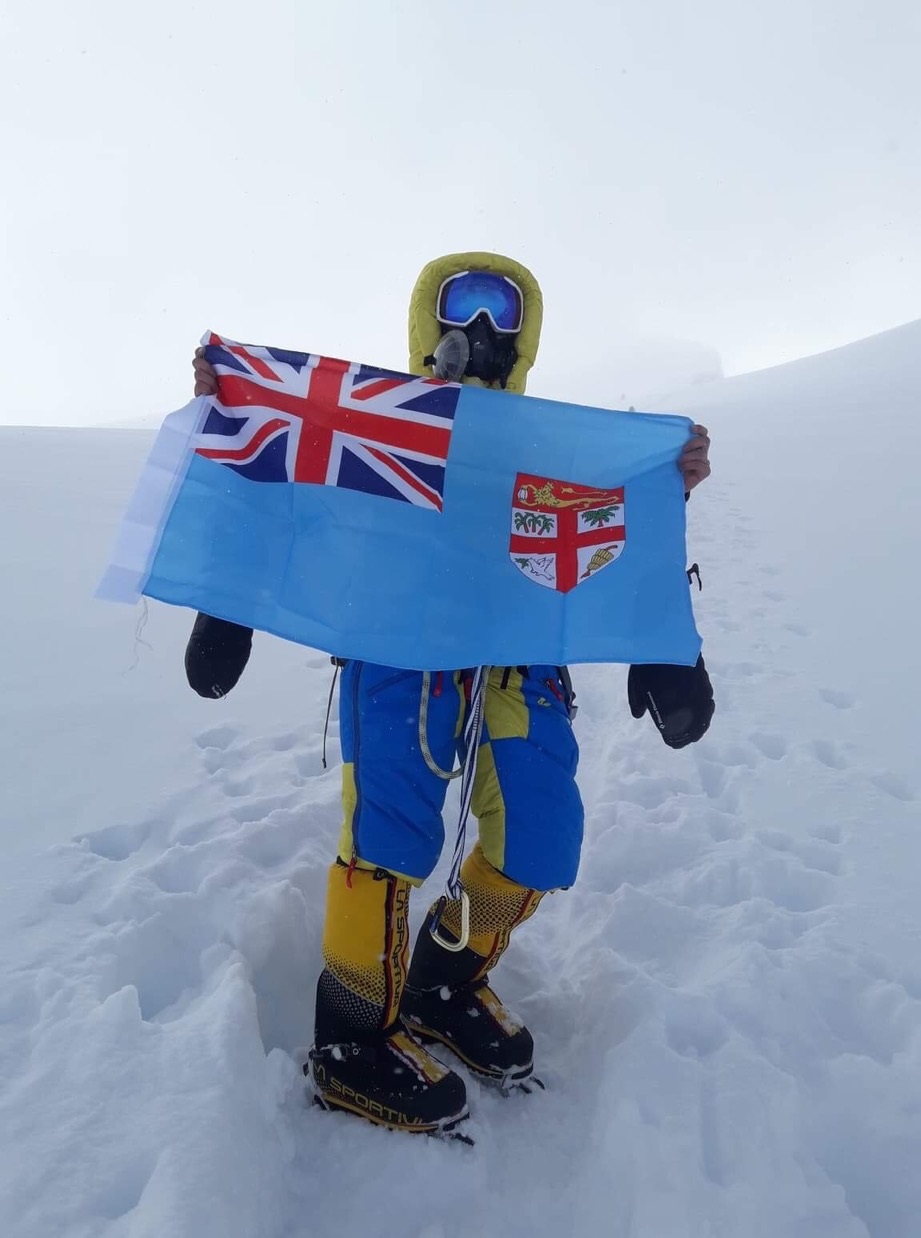 A passion of hers is to place the Fiji flag on mountain peaks she conquered. Picture: SUPPLIED

THE mountains have a certain charm about it. From its gentle slopes that continue for a long distance to the craggy rough rocks.

Despite its harsh beauty, these mountains have attracted many adventurous dare-devils willing to conquer it. Mountain climbing or mountaineering is something Yolanda Chen has done for the past eight years.

The Chinese born, who moved to Fiji in 2015, has hiked up some of the highest peaks in Nepal, a landlocked country in South Asia.

For the two highest peaks, she managed to hike up, she placed a Fiji flag on it – as a homage to her adopted country.

“From last year, I had planned to summit fourteen 8000 metre peaks around the world,” she said.

“I’ve been hiking up mountains for the past eight years around the Himalayan side. It requires a lot of money, and it’s quite dangerous, but we have chosen this path, we have to live with the consequences,” she smiled.

Yolanda resides in Pacific Harbor with her husband, Tom.

She is a writer and has published books in Taiwan. She is also a volunteer at the Strategic Partnerships, Advancement & Communications (SPAC) at the University of the South Pacific.

The couple is hoping to get a Fiji Passport when they complete their five-year residency this year.

Their long term goal is to conquer Mount Everest.

“I want to pay tribute to Fiji, for welcoming me into their country. So, for every mountain I hike up, I want to place a Fijian flag to pay homage,” she said.

The 32-year-old had just returned from a tough climb on Mount Manaslu – the eighth highest mountain in the world at 8163 metres (26,781 ft) above sea level, located in the Mansiri Himal, part of the Nepalese Himalayas.

Her hike up was struck with disaster after a Polish teammate lost her life on the treacherous trek.

She was just 50-years-old. While on the summit up Manaslu, the Polish woman contracted a sudden bout of mountain sickness at Camp 4 about 7400m up.

She was rescued and taken down to Camp 3 about 6800m, where she, unfortunately, passed away.

“Mountains not easy,” shared Yolanda. “We spend lots of money and it’s very easy to die out there. Last year I summit up Mount Ama Dablam (in the Himalaya range of eastern Nepal. The main peak is 6812 metres). After I put the Fiji flag on top, I headed down but I was met by a strong wind that came out of nowhere and knocked me off when I reached the 6500m place. I fell down about 200m, but the rope saved my life.”

“This year I didn’t reach my goal of conquering Mount Manaslu, but I managed to stand at the 8100m place. I was suffering from dehydration, couldn’t eat or drink water for 70 hours and I caught snow blindness. I couldn’t see anything by the time I reached Camp 2. I had to make the decision to return or I could lose my life. When I returned back to base camp, I received the sad news about my Polish teammate.

“We know this is a dangerous thing to do. Many people have lost their lives. But this is the mountains, it’s nature at its best and we are adults, we know what we are getting ourselves into.

“We are accustomed to climbing mountains for a long time. After sorrow and grief of losing someone, people will continue to pay tribute to the mountains that we love,” she said.