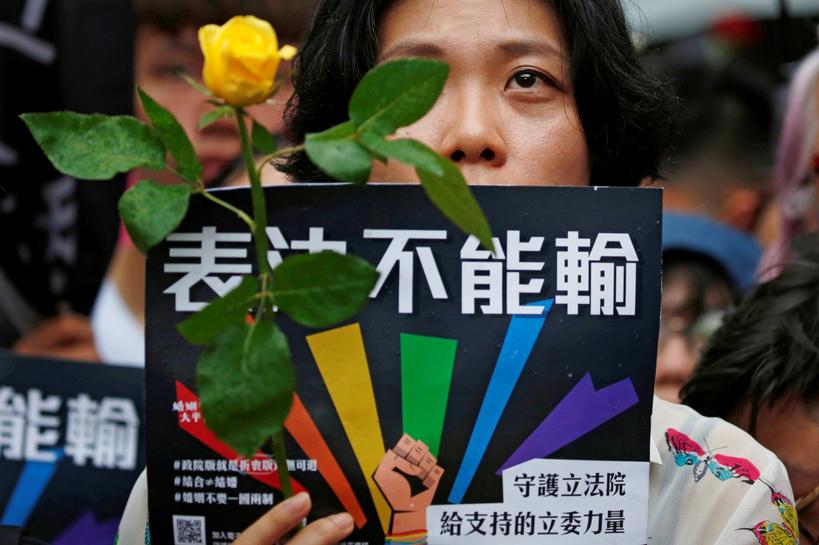 A same-sex marriage supporter holds rose to mourn those who committed suicide due to discrimination during a parliament vote on three draft bills of a same-sex marriage law, outside the Legislative Yuan in Taipei, Taiwan May 17, 2019. REUTERS/Tyrone Siu

TAIPEI (Reuters) – Taiwan’s parliament on Friday began discussion of a landmark bill to legalize same-sex marriage, amid a heated debate over marriage equality that has divided the self-ruled island.

Thousands of supporters of same-sex marriage gathered in Taipei, the capital, outside parliament, which was set to vote on a series of bills that could offer same-sex couples similar legal protections for marriage as heterosexuals.

Friday’s vote will follow a years-long debate over marriage equality. In 2017, the democratic island’s constitutional court declared same-sex couples had the right to legally marry, and set a deadline of May 24 for legalization.

In passing the bill, Taiwan will take the lead in Asia regarding such unions. Australia also passed legislation to allow same-sex marriage in 2017, sparking rainbow celebrations.

Neighboring China and Hong Kong do not recognize such unions.