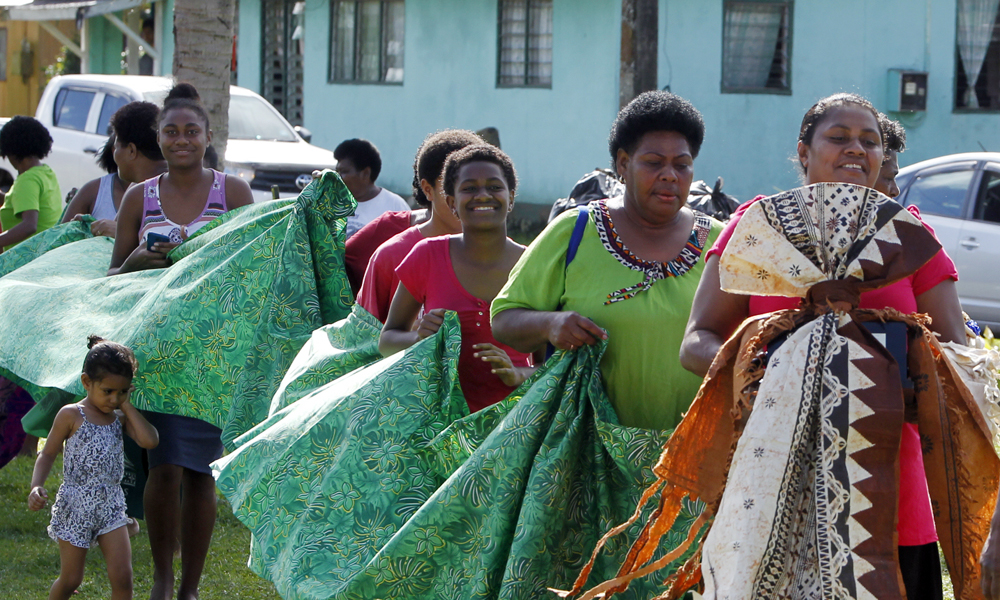 Women of Vunimono village with the Women's Skipper trophy on their way to the hall to celebrate with the Tailevu Women's Team after winning the Skipper Cup. Picture: ATU RASEA

Tailevu women’s team beat Nadroga 43-10 in the final at the ANZ Stadium.

The victory and the arrival of the cup at the team’s camp at the Vunimono Village hall sparked a provincial celebration as villagers heralded the winning team and the cup with a traditional welcome ceremony called the ‘cere’.

Tailevu Rugby Union officials and the chiefs of Tailevu South and elders of  Vunimono Village were presented the cup after the win.

*More in tomorrow’s edition of The Fiji Times and on our e-edition.