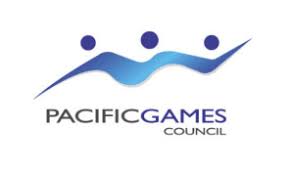 BRISBANE/SUVA, 13 OCTOBER 2021 (INSIDE THE GAMES) —Either Tahiti or Vanuatu is set to be named as the host of the 2027 Pacific Games at the Pacific Games Council (PGC) General Assembly next month.

This was confirmed by PGC chief executive Andrew Minogue Saturday, who said the Executive Board elections and the host-selection process would be conducted on the second day of the PGC General Assembly, scheduled for 05 – 06 November.

“We want to wish Tahiti and Vanuatu all the best,” Minogue said at the Oceania National Olympic Committees (ONOC) General Assembly, confirming the two as the final candidates for he 2027 event.

Lumi is to manage the online voting and an auditor from Ernst and Young will act as the scrutineer of the votes.

Both Tahiti and Vanuatu were on a shortlist of six countries and territories which confirmed they were interested in holding the event two years ago, with others the others being Tonga, American Samoa, Fiji and Guam.

Tonga was due to hold the 2019 Games, but pulled out in 2017 citing financial concerns.

Samoa instead took its place.

Vanuatu’s bid is not far removed from the nation’s staging of the 2017 Pacific Mini Games.

Vanuatu previously bid for the 2015 Pacific Games, but was beaten in the race by Papua New Guinea and its capital city Port Moresby.

Tahiti has hosted the Pacific Games twice already, with Papeete being the central venue in 1971 and 1999, and previously failed to make it a third time after losing the 2023 bid race to the Solomon Islands.

Part of French Polynesia, Tahiti regained its PGC status in 2018 after a suspension was lifted.

The PGC deemed the French Polynesian Government had interfered in the autonomy and independence of sporting associations.

The sending of a letter to the Tahiti Nui Pacific Games Association, recognising its independence, also helped to have the suspension lifted.