QAQA Suva rugby prop forward and Flying Fijians latest inclusion Luke Tagi was surprised when he was relayed the news that coach John McKee had included him in the 48 member squad for the Maori All Blacks and Pacific Nations Cup beginning next month.

“I was shocked when I received the news and thought it was a joke,” Tagi said.

Tagi, 21 from Vione Village in Gau said when he found out the truth, he was thankful and would cherish the opportunity.

Tagi said the journey had been a rollercoaster ride when playing for his club Lomaiviti Green in the Suva Rugby Union Escott Shield competition, to the QaQa Suva team and Swire Shipping Fijian Latui and now the Flying Fijians.

“I have been humbled that hard work pays off in the end. 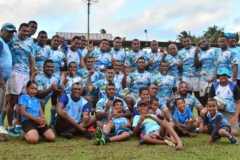 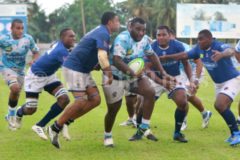 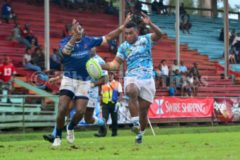 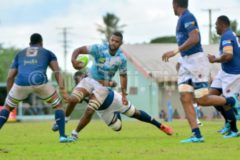 “It is all due to hard work and when you put your heart and soul into rugby it will pay off in the end,’ Tagi said he was looking forward to rub shoulders with the remaining Flying Fijians when they meet up at their camp.

“I’m looking forward to the next few weeks because it will be a learning process to learn from some of our experienced players.

“I thank my parents for all their sacrifices because without them, this would not have been possible.